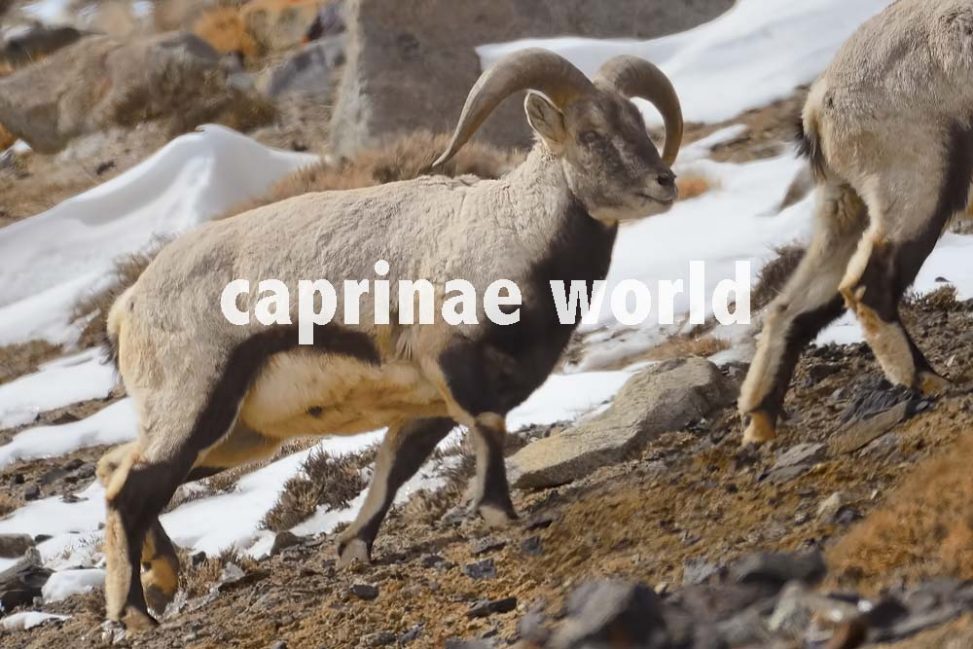 The Pamir Plateau Bharal is a putative subspecies of the Greater Bharal. It occurs at the western edge of the Bharal’s distribution range.

Tan et al. (2017) mention a Bharal population on the Pamir Plateau, Western Kunlun Mountains, Xinjiang, China. They suggest that Bharal from this region could be another subspecies. Like the Helan Shan Bharal, animals from the Pamir Plateau have been significantly differentiated. [13]

The photos presented here depict animals from Khunjrab National Park, near Khunjrab Pass, Gilgit-Baltistan, Pakistan on February 14th 2017. The park is adjacent to the Taxkorgan Natural Reserve in China to the north, where Bharal also occur. According to the distribution map presented in Damm and Franco (2014) the area – together with the Chinese ranges to the north – is the westernmost occurrence of Bharal worldwide. [2 – page 453]

Geographically the Khunjrab area does not belong to the Pamir Plateau, but according to the distribution range of the Pamir Argali – which also enters Pakistan [2 – page 175] – the area seems to build a natural unit with the region further north.

Tan et al. (2017) do not present a description of specimens from the Kunlun Mountains. Because of the facts presented above it can be assumed that their physical appearance is similar to the specimens shown here. What is noticeable is the very light-coloured winter pelage.

The images presented here are the first ones to be published in that context.

*It seems natural to call a putative new subspecies of Bharal from the Pamir Plateau area „Pamir Plateau Bharal“, yet the name is not confirmed. Furthermore it is arguable if the Khunjrab area population really builds one unit with the Western Kunlun Mountain population.