Sierra Nevada Bighorns have a small population size and are said to be „one of the rarest mammalian taxa in North America“.

Other (putative) scientific names and synonyms: none known

„California Bighorn Sheep“ is not a synonym (see next entry) – but is still used as such, which causes confusion

The taxonomy of North American mountain sheep has been revised by Wehausen and Ramey (2000). They designated the animals in the Sierra Nevada as O. c. californiana. Grinnell (1912) had assigned the subspecific epithet sierrae to animals from the Sierra Nevada and as it has been affirmed that sheep in the Sierra Nevada warrant subspecific recognition, judicious application of the rule of priority dictates they are again assigned to the subspecies sierrae (Wehausen et al. 2005). That nomenclature change ended the subspecies O. c. californiana. At the same time, all other wild sheep formerly designated as californiana were synoymized with O. C. canadensis or O. c. nelsoni. However, the name „California Bighorn“ incorrectly paired with the scientific name O. c. california, is still in use. [2]

Molecular genetic analyses indicate that Sierra Nevada Bighorn Sheep diverged from Desert Bighorn about 300.000 years ago.  This means that they have persisted in the Sierra Nevada through three glacial cycles (ice ages). [4]

In 2007 seven herd units were known to be occupied: Mount Warren, Mount Gibbs, Wheeler Ridge, Sawmill Canyon, Mount Baxter, Mount Williamson, Mount Langley. Since then there have been at least two natural colonizations: Bubbs Creek and Convict Creek. At Taboose Creek another natural colonization might have occurred, but the area has not had more than a few females documented in it. Restoration actions during 2013-15 moved sheep to three additional herd units: Olancha Peak, Big Arroyo, and Laurel Creek. In 2015 Sierra Bighorns were also moved to the west side of the Cathedral Range in the southern Yosemite National Park. [4] 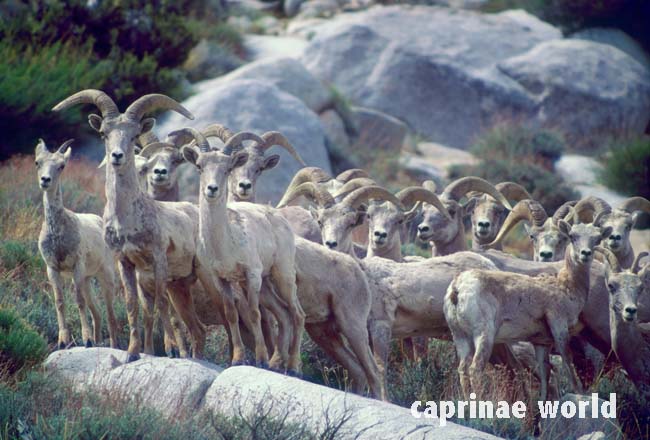 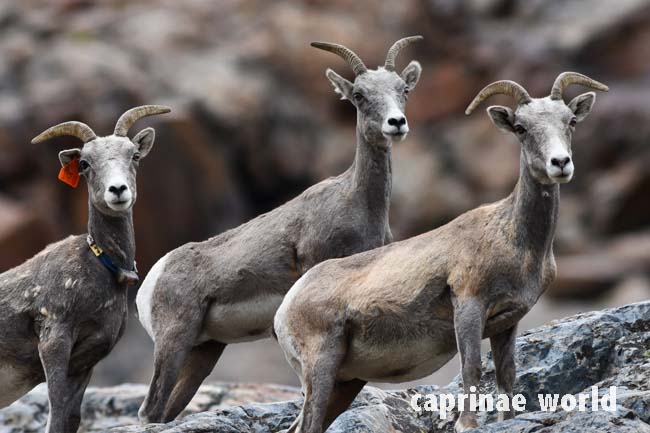 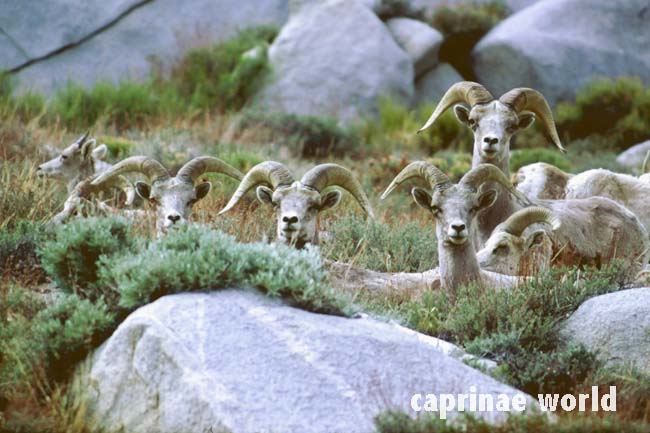 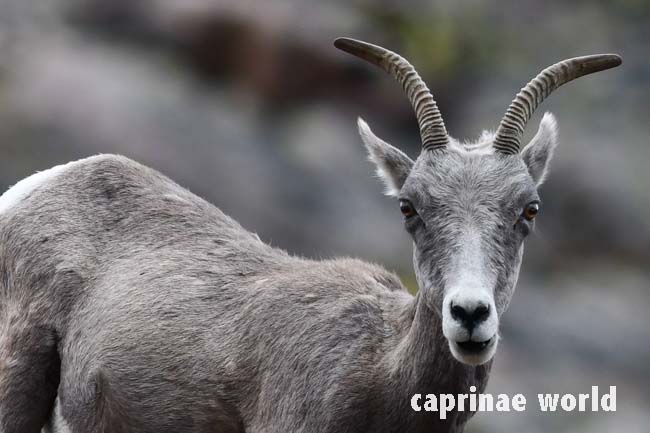 Sierra Nevada Bighorns are found on steep eastern slopes and high alpine habitat of southern and central regions of the Sierra Nevada where elevations are greatest: above 4.000 metres. They typically spend summers in the alpine (above 3.250 metres) and winters at the eastern base of the range as low as 1.450 metres. Some individuals of this subspecies may spend the entire year in alpine environment. [2] 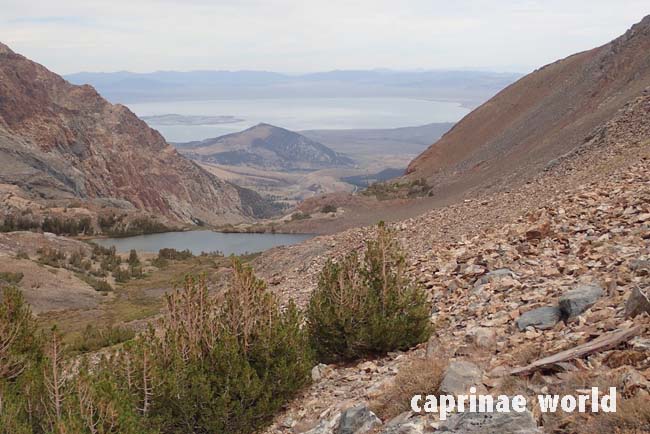 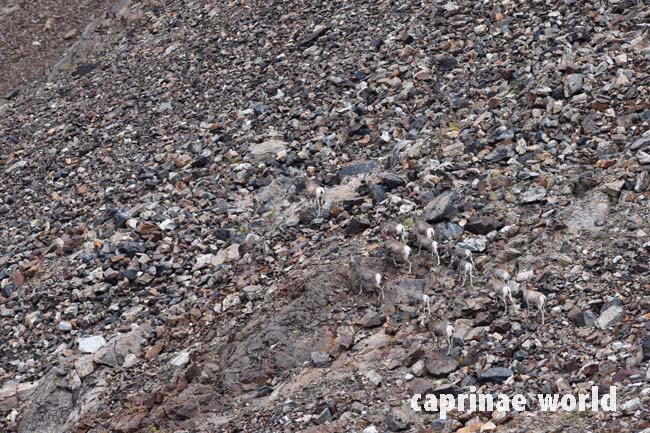 Southwest-exposed talus slope at Mono Pass, Yosemite NP. Generally the rumps in Bighorn Sheep are very conspicuous in the field. Here they blend in perfectly with the different coloured rocks. Photo: Ralf Bürglin 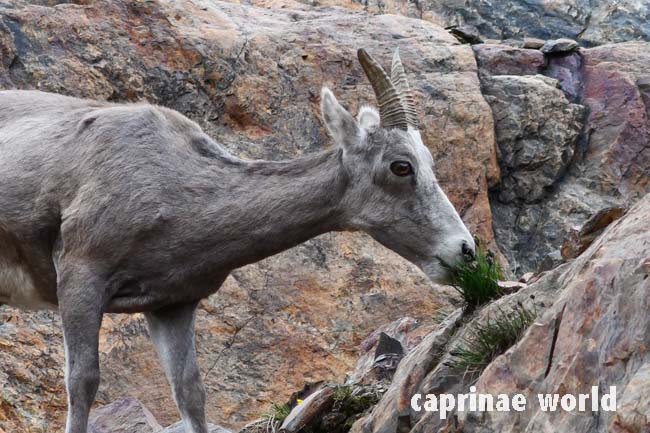 In general Sierra Nevada Bighorn Sheep are said to have slow population growth rates [2], but probably not different compared to other Bighorn subspecies.

sexual maturity: females at two years of age at best [2]

lambing season: restricted to spring and early summer – not like desert populations [2]

Sheep tend to bed in groups together, sleeping tucked away in steep terrain where they will be safe from predators through the night. During the daylight hours sheep move downslope toward gentler terrain, where they spend hours alternately foraging and resting. Ewes, yearlings, and lambs usually stay together, while rams travel separately. Sheep prefer open habitats where they can detect predators from far away and flee to the refuge of nearby rocky chutes. They avoid deep snow whenever possible. Sierra bighorn travel light: sometimes the faint rumble of a falling rock is the only clue that they’re nearby. [4]

Large areas that lack precipitous escape terrain, such as the Owens Valley, represent substantial barriers to movement. Even within the Sierra Nevada the habitat is patchy and the population structure is one of natural fragmentation (Bleich et al. 1990). [2]

Seasonal Migration
The High Sierra undergoes a dramatic change during the winter months. Few animals can eke out a living in this harsh environment fraught with gale-force winds, avalanches, and extremes of temperature. Most Sierra bighorn herds occupy lower-elevation, south-facing slopes during the winter and spring, benefiting from the milder climate and early plant growth. In the summer they follow the growing season back up to higher elevations. Yet some herds in the Sierra, notably the Mount Warren and Mount Langley units, exhibit year-round use of high-elevation range. Even during the fiercest midwinter storms, groups of sheep inhabit the Diaz Plateau and Excelsior Mountain, windswept areas well above 12,000 feet. [4] 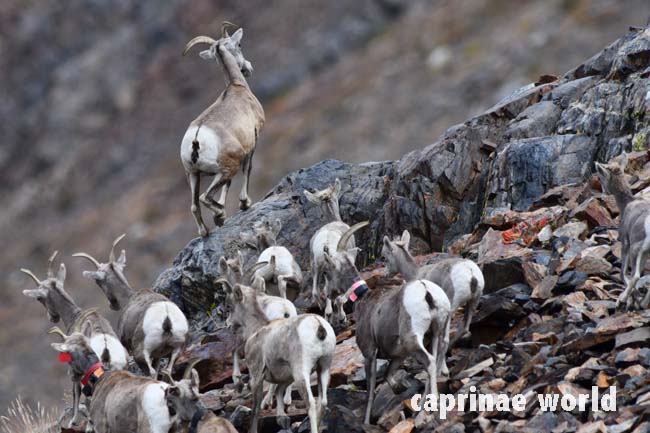 The total population of Sierra bighorn has shown a remarkable recovery since its low ebb of about 100 animals in 1995 to more than 600 in 2014, part of which can be attributed to recovery program actions. [4]

There is a lack of historical information needed to pinpoint the exact chain of events that led this species to the brink of extinction, but the earliest information on disease problems dates back to the 1870s after the introduction of extensive domestic sheep grazing throughout the Sierra Nevada.  Healthy domestic sheep are well-documented to carry microbial species that cause fatal pneumonia in bighorn sheep.  The initial population decline and loss of populations was likely driven by such disease episodes, continuing well into the 20th century.  Unregulated hunting, especially market hunting near mining towns may have also played a role.  More recently, an episode of particularly high mountain lion predation appears to have played a role. [4]

Restoration efforts during 1979-88 were successful in re-establishing populations in three areas, but governmental regulatory constraints ultimately hindered continuing recovery of these sheep relative to management of predation and threats from domestic sheep grazing very close to Sierra bighorn.  It was deficiencies in governmental regulatory mechanisms that led to the seeking of federal endangered status in 1999. [4]

Endangered species status drew attention to the plight of Sierra bighorn and garnered support for recovery efforts, which were now bolstered by law.  One unprecedented and unexpected consequence was that the California Legislature asked the California Department of Fish and Wildlife (DFW) to administer a state-funded recovery program for these sheep. The first task completed by the Recovery Program was the creation of a small interagency team of scientists and stakeholders that drafted the Recovery Plan for Sierra Nevada Bighorn Sheep, eventually finalized by the U.S. Fish and Wildlife Service in 2007. This plan identifies key issues, sets recovery goals, and lists recommended recovery actions. [4]

Based on historical evidence of occupation by sheep and knowledge of habitat use patterns of extant populations, the Recovery Plan for the Sierra Nevada Bighorn Sheep defines sixteen areas as herd units geographically. [4]

Since then there have been two natural colonizations.  First was to Bubbs Creek on the west side of the Sierra, where there was no historical evidence of a past population.  The Bubbs Creek herd unit was defined as a result and inserted into the final version of the Recovery Plan, but not included as one required for downlisting and delisting.  Second, the Convict Creek herd unit was colonized by members of the Wheeler Ridge herd unit to its immediate south. [4]

Restoration actions during 2013-15 moved sheep to three additional herd units: Olancha Peak, Big Arroyo, and Laurel Creek.  Following those actions, all of the twelve required herd units are now occupied to some degree.  However, one (the Taboose Creek herd unit) appears to be another natural colonization, but has not had more than a few females documented in it, and the three newly restored herd units (Olancha Peak, Big Arroyo, and Laurel Creek) will need close monitoring for some years to determine if those populations establish themselves adequately.  In addition to those herd units, Sierra Bighorn were moved in 2015 to the west side of the Cathedral Range in the southern Yosemite National Park to a region not defined as a herd unit in the Recovery Plan but thought to be capable of supporting another herd. [4]

If newly created herds and some additional herds grow adequately, it is possible that downlisting criteria in the Recovery Plan could be met by 2020-25. [4]

Sierra Nevada Bighorns can sometimes be seen in summer around Mono Pass in Yosemite National Park and at Rae Lakes in Sequoia National Park. [3] Another location with touristic infrastructure is at Cottonwood Lakes in the Southern Sierra Nevada. [John Wehausen: pers. comm., 2019]

The following images were taken during a field trip to Mono Pass, Yosemite National Park on September 15th 2019 by the author. 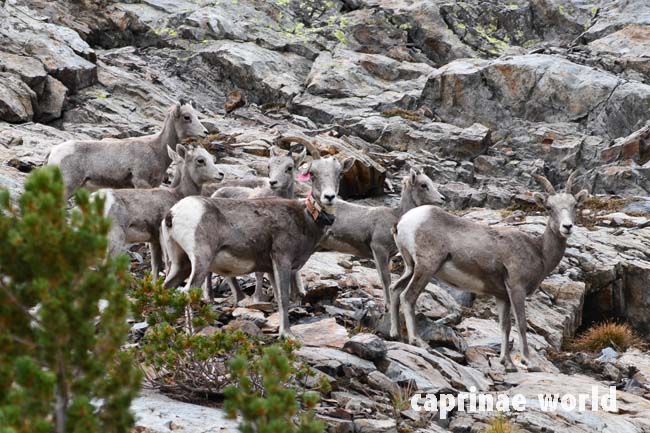 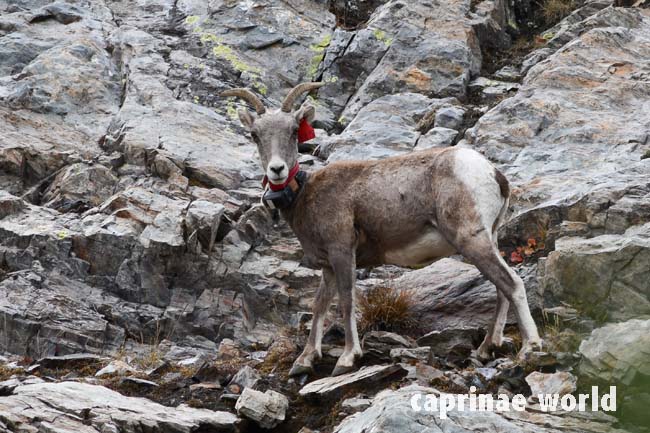 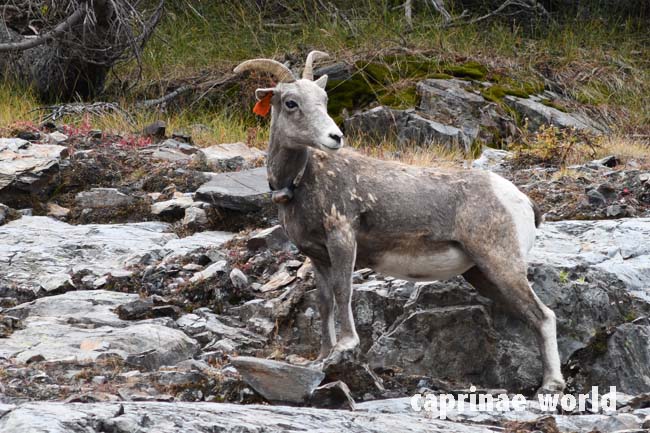 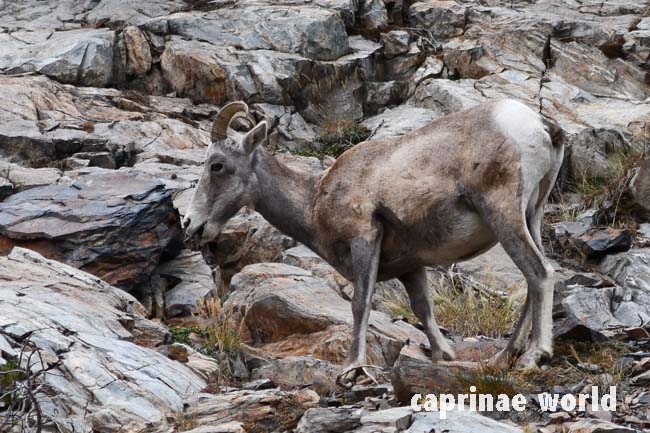 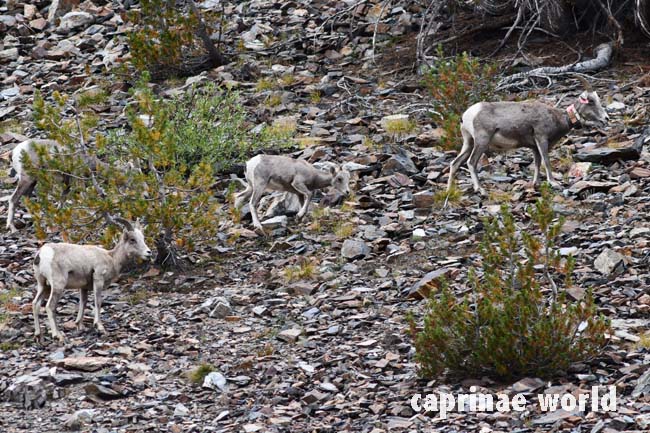 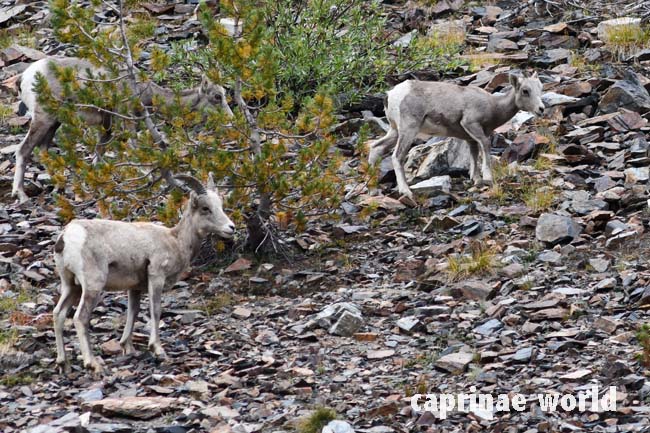 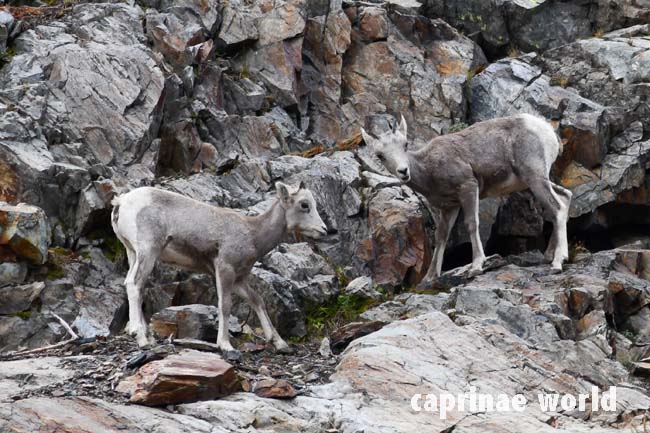 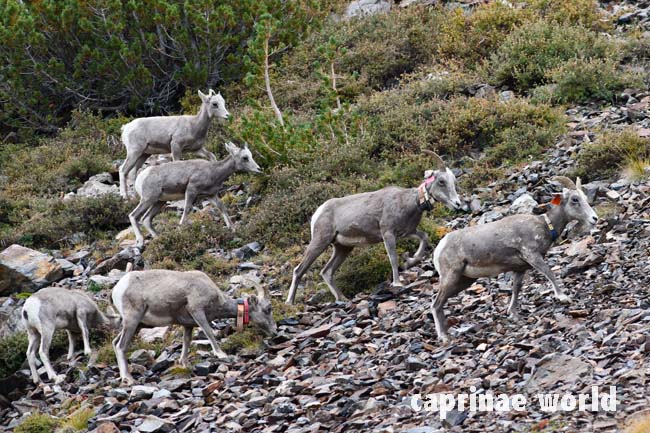 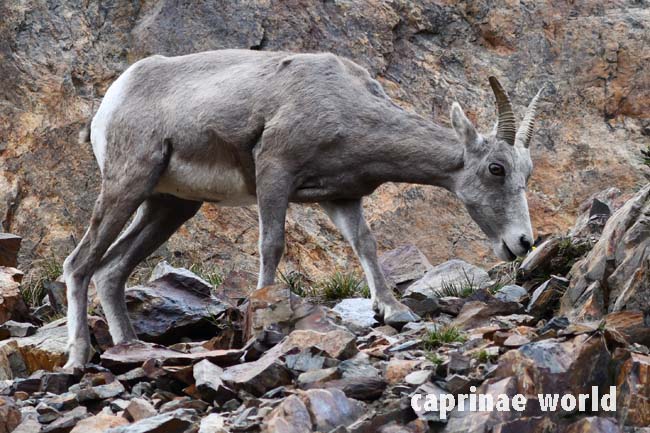 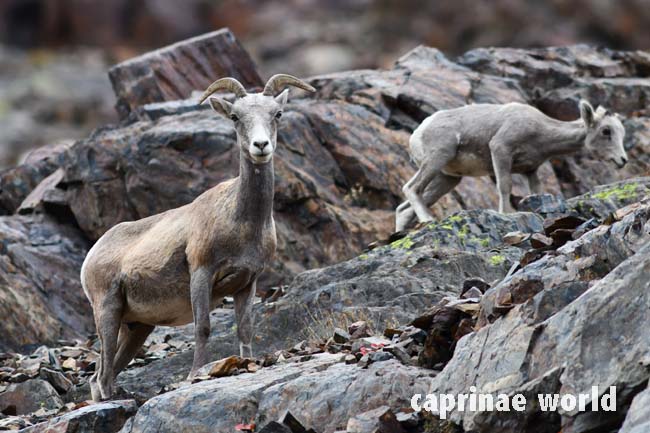 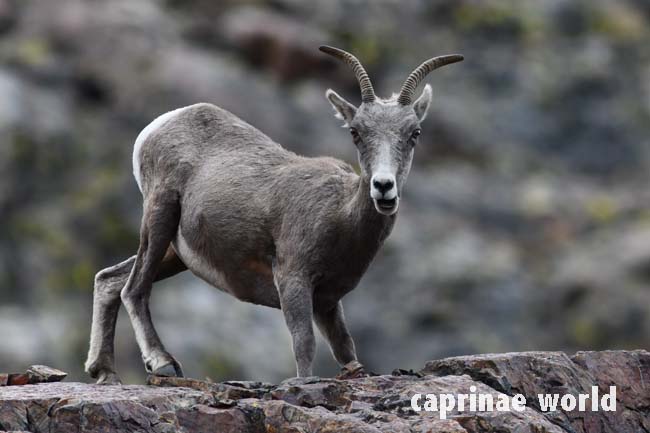 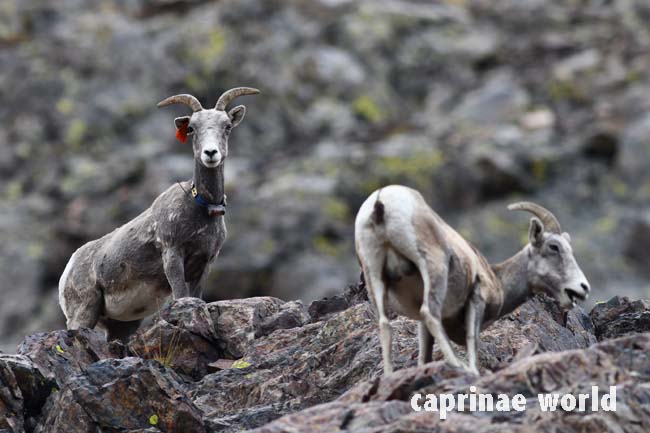 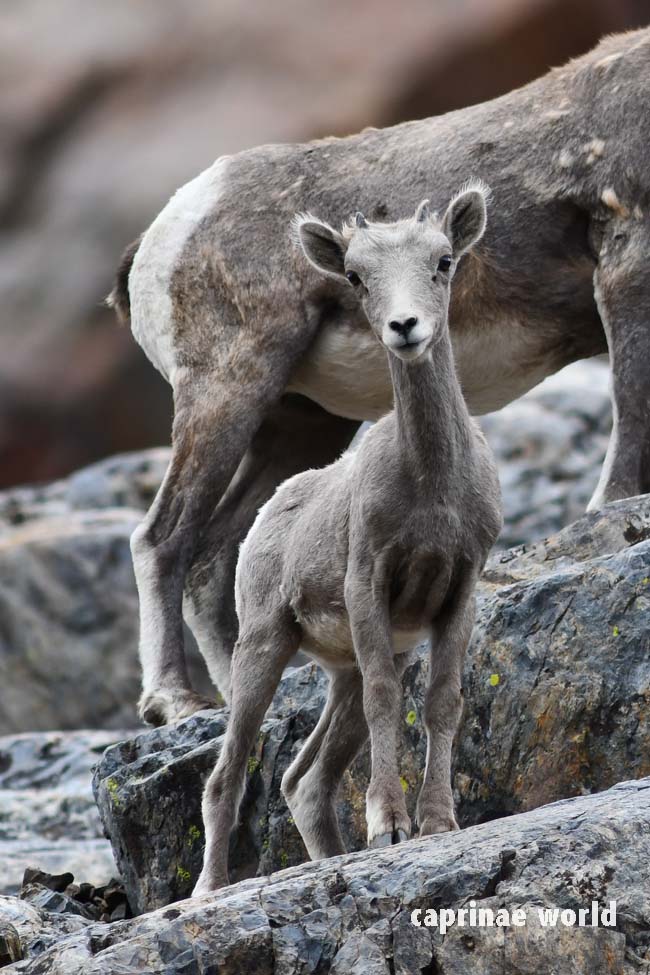 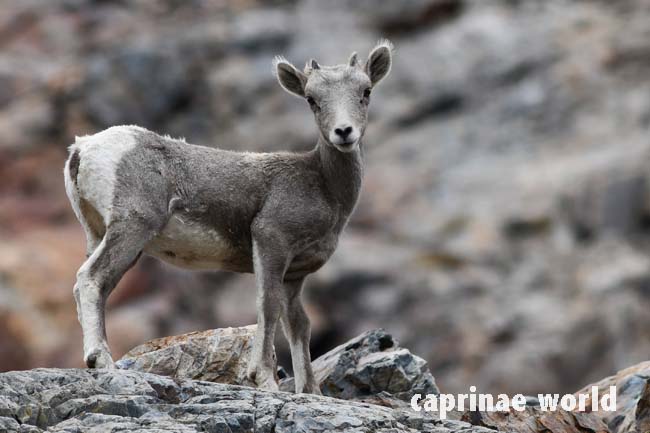 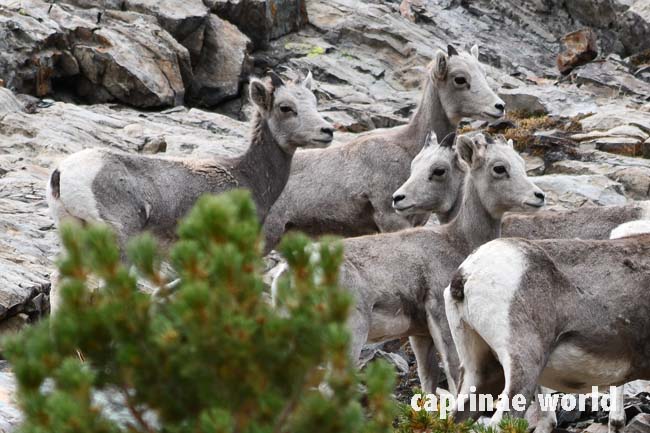 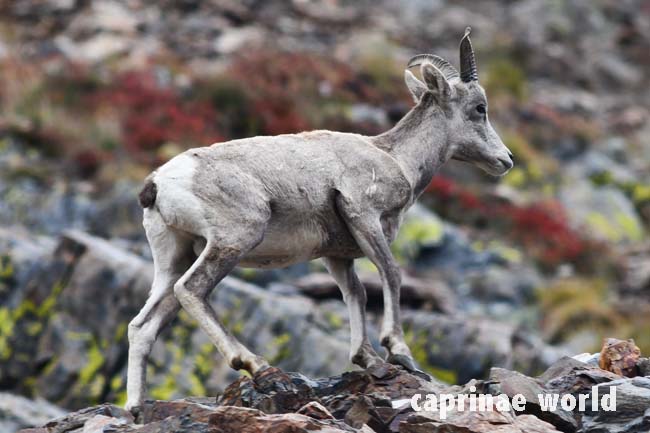 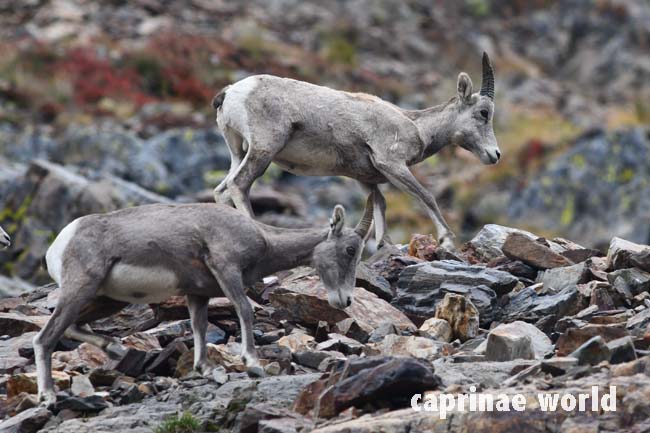 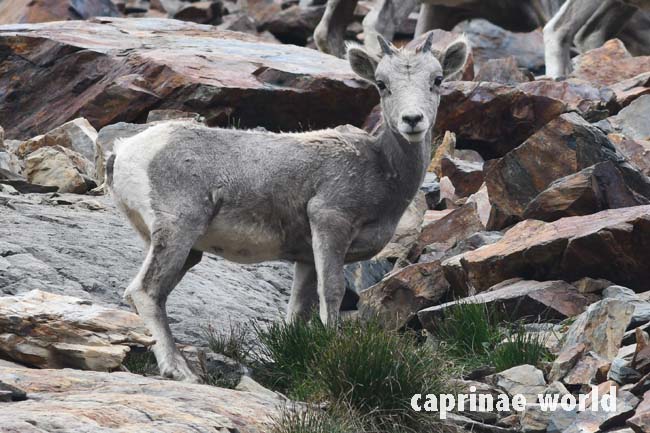 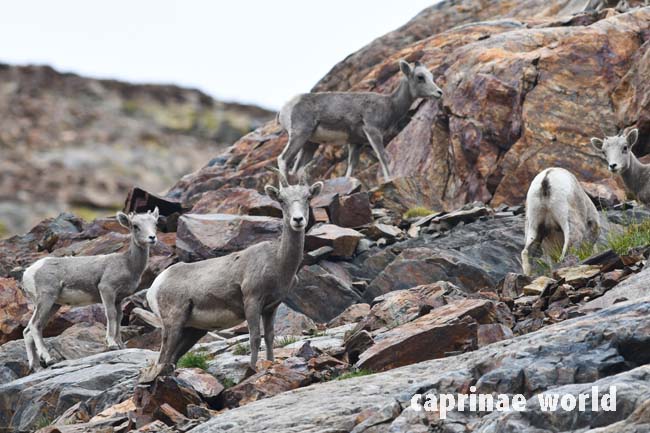 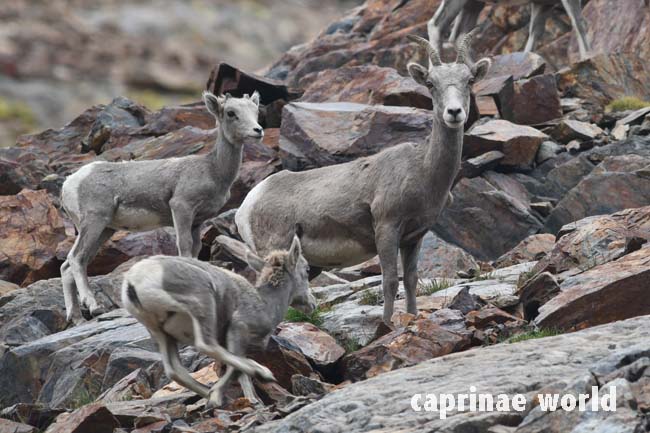 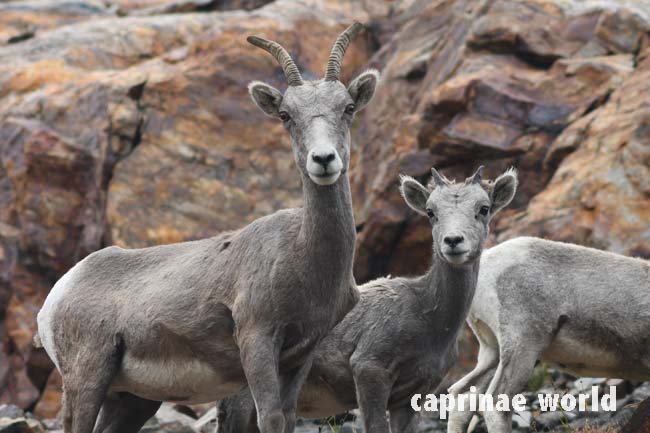 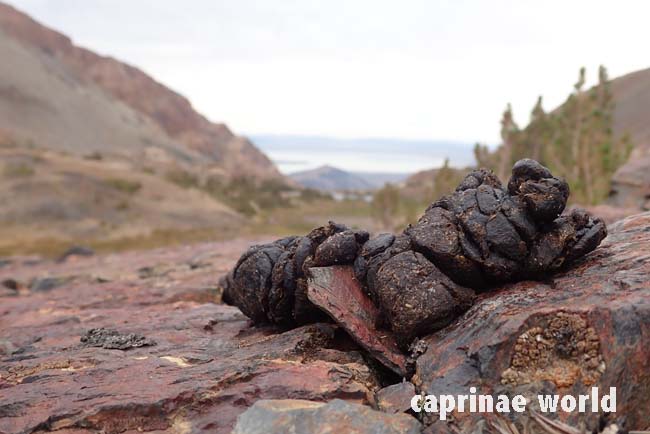