From August 27th to 30th 2016 I attended the 6th World Congress on Mountain Ungulates in Cyprus. Aside from participating in the meeting I wanted to get photographs of the Cyprus mouflon and spend as much time as possible to look for wildlife and especially the endemites. I basically got 20 „wildlife-watching-opportunity-hours“ basically dispersed among the mornings and evenings of the four days. The trip was not intended to set up a record, but 10 endemic species and subspecies – includig two plant species – within 20 hours somehow feels like one. 😉 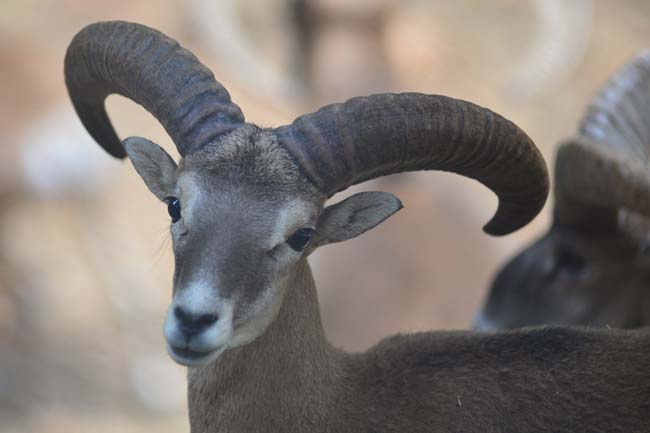 My target species: a real beauty

The following list gives you an overview of some Cyprus endemites (I do not claim to have compiled this list thoroughly). Species I observed in green .

According to the Cypriot Department of Forests the Long-eard Hedgehog occurs as a subspecies (H. a. dorothea) on Cyprus. However Wilson and Reeder state with more caution: „The form of Cyprus (dorotheae) may be also distinct but was probably introduced by man (Boye, 1991:115).“

My Mammal Watching on Cyprus

The most success in terms of finding mammals I have in the Troodos Mountains in the early-morning hours of the 4th day, August 30th: It is still dark, when a Cyprus Hare (Lepus europaeus cyprius) appears at the side of the road at the northern end of Troodos village. But it is too dark and the moment to short to observe details or take a picture. 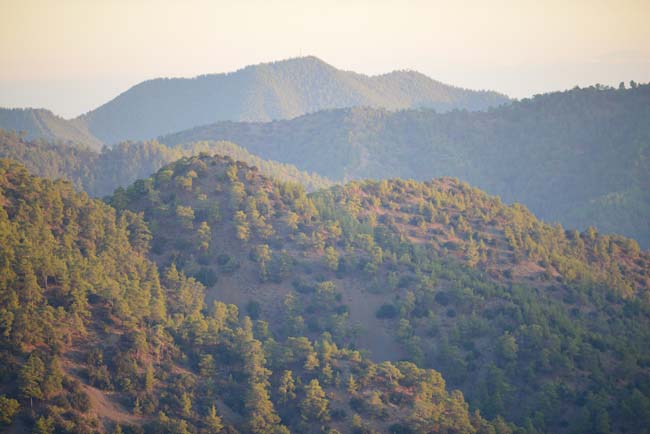 The Troodos Mountains are a great landscape to explore. 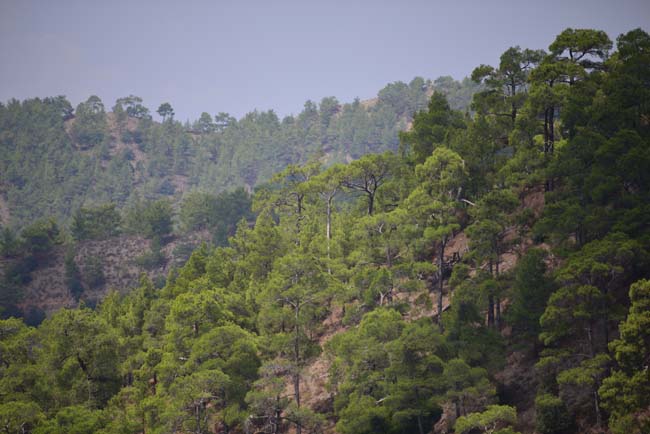 The forests are built by pines, Golden Oak, cedars among other tree species.

As soon as it gets light I stop episodically alongside the road or at outlooks to scan the landscape. In a bend east of Kykkos monastery with kind of a rest area, where people have left garbage, a Cyprus Fox (Vulpes vulpes indutus) comes into view for a few seconds – time enough for two photos through the windshield of my car. It’s a beautiful animal with black markings on the face. 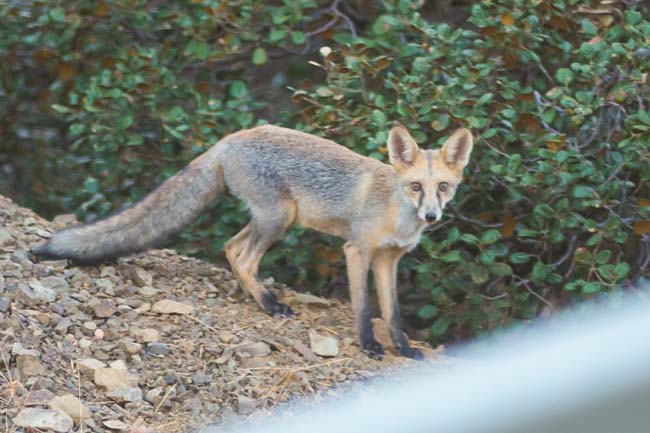 Only minutes later I stop at another bend two kilometers north of Kykkos monastery, at the intersection to Stavros tis Psokas. (The location is actually marked with a sign: „Sell. tis Poufous. Altitude: 1010 m“.) Below my viewpoint I detect something. Looking through my camera, I identify a male Cyprus Mouflon (Ovis gmelini ophion) resting. I immediately lie down flat on my belly, but this does not prevent the animal to stand up and take off. A second younger male comes into view, it disappears as well. Even though the moment is short, it is thrilling. I can take a few shots at a distance of 140 meters (measured with my rangefinder) with the animals amidst their natural habitat. Great! If you look for a summary of facts concerning the biology of the Cyprus mouflon, you find it here: Cyprus Mouflon (Ovis gmelini ophion) 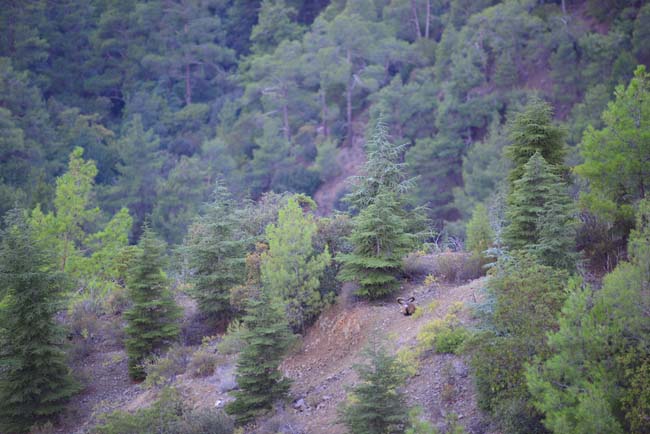 Cyprus Mouflon in its native habitat. 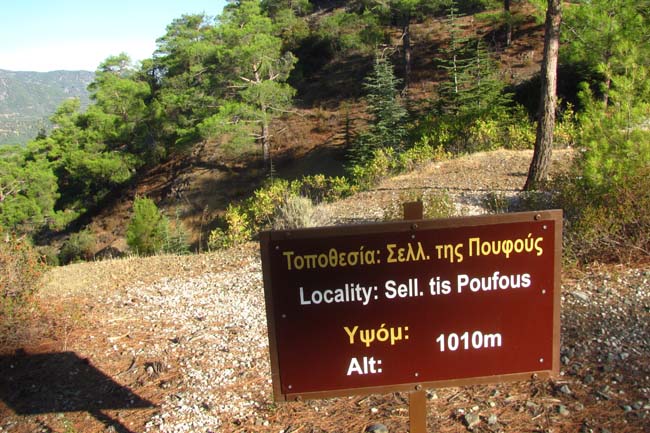 Below this point I detected the mouflon. 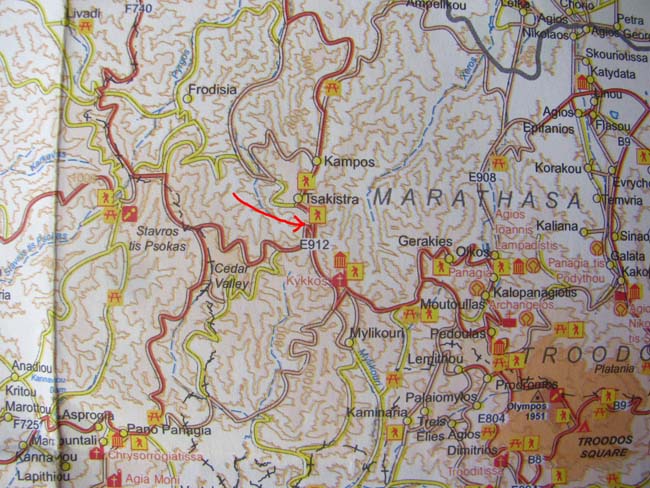 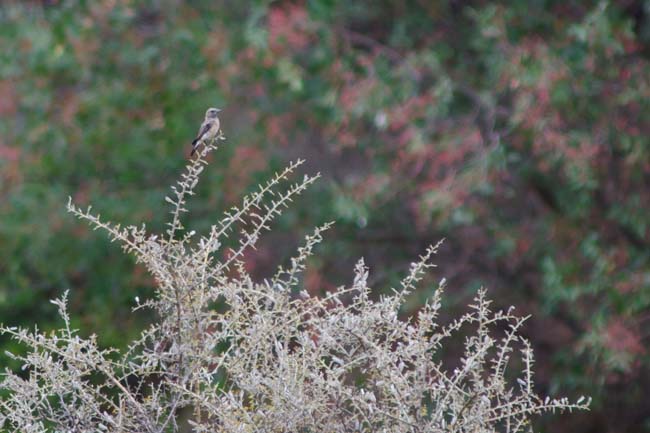 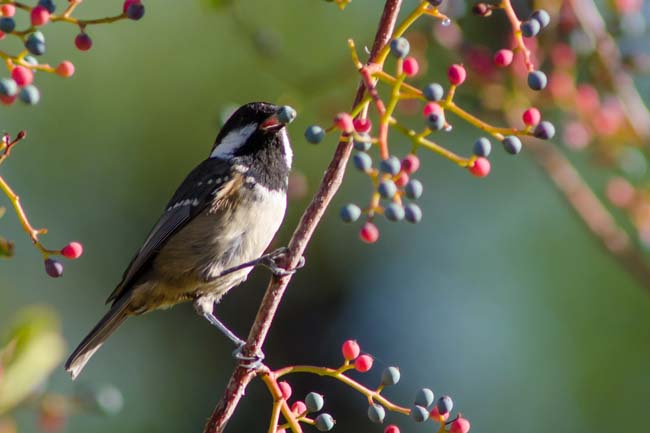 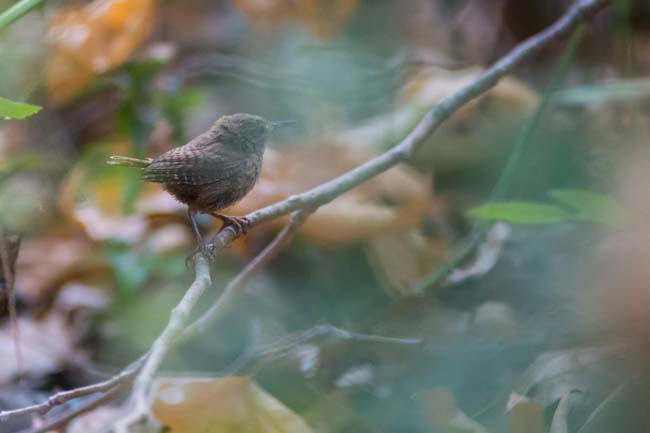 Some more birds with significance for the European Union

According to birdlifecyprus.org the Black Frankolin has on Cyprus its only occurence within the EU. Species that have on Cyprus their biggest population within the EU are: Chukar, Masked shrike, Spur-winged lapwing, Cretzschmars Bunting, Olivaceous warbler. 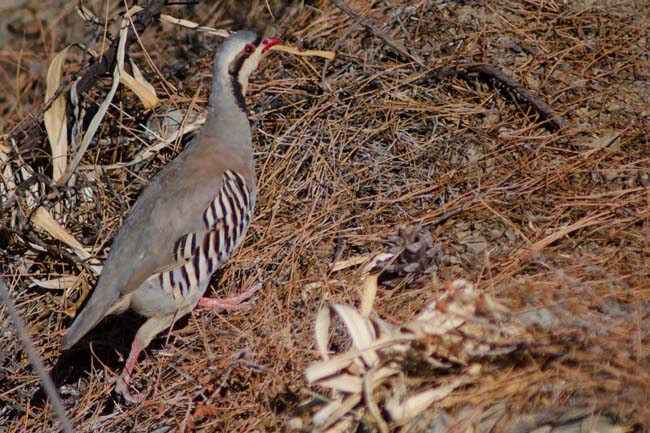 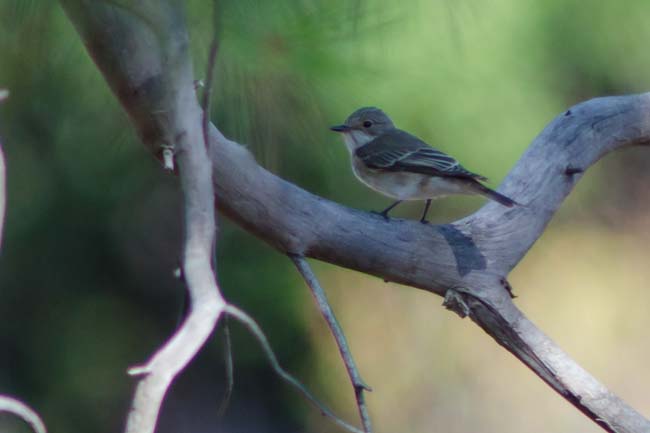 Spotted Flycatcher: not designated as an endemite of Cyprus. The subspecies should be neumanni – occurring on the islands of the Aegean Sea through to the Middle East, the Caucasus, northern Iran and central Siberia. But this specimen has almost no streaks on the underside and on the forehead. The throat is almost white, except for the brown submoustachial stripes.

There are quite a few endemic species and subspecies around on Cyprus – according to lacerta.de and database.reptarium.cz

I got a glimpse of: 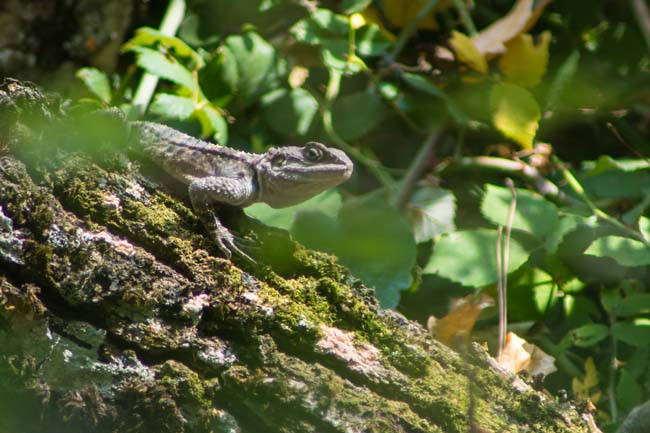 (According to wikipedia the Hardun is the only agamid lizard within Europe. However reptile-database.reptarium.cz counts the toadhead agama-species (Phrynocephalus guttatus) from Kazakhstan as european too. Apparently as Kazakhstan extends across both sides of the Ural River, considered the dividing line with the European continent, Kazakhstan is one of only two landlocked countries in the world that has territory in two continents. The other is Azerbaijan.) 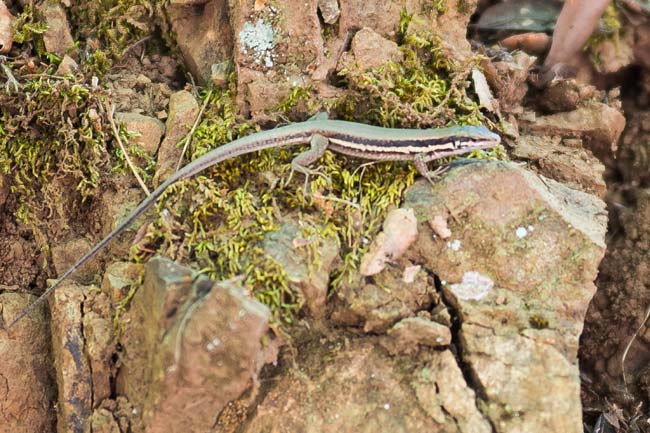 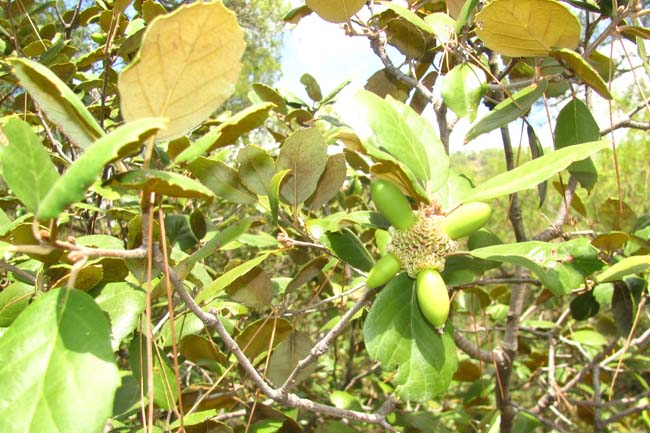 Golden Oak: Look for the fruit … 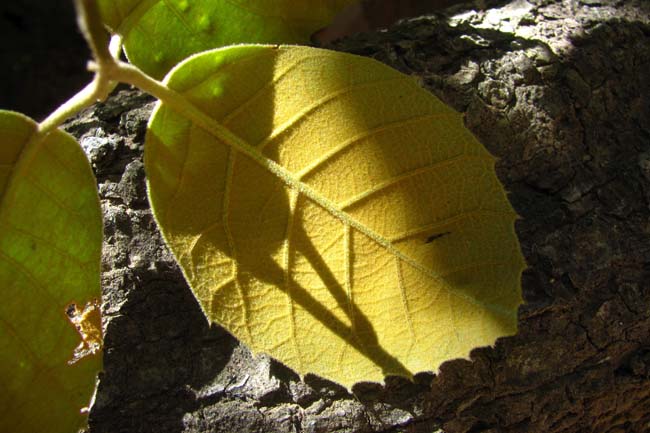 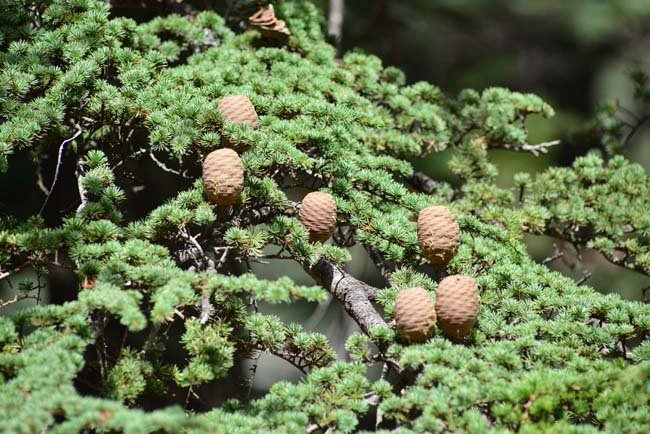 Cyprus Cedar: the next relative comes from Libanon 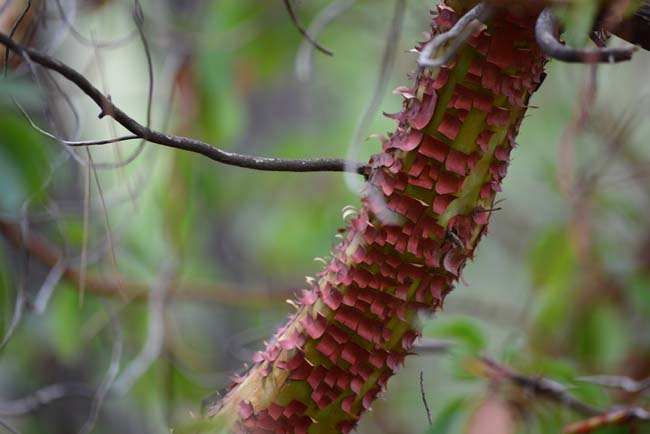 Since my main interest is Caprinae species I spend most of the available time in the habitat of the Cyprus Mouflon, which is the Paphos Forest and Trodoos Mountains respectively. The first day I arrived late at the airport at Larnaka. I hired a car and then had 4 hours evening and night drive on rural roads between Limassol and Stavros tis Psokas. The next day I spend 5 hours at the moufflon enclosure at Stavros tis Psokas and had again 3 hours on small roads on the way to Nikosia, the capital of Cyprus. Then again on Monday evening: 1 hour night-drive between Limassol and Troodos and on the last day 4 hours in the morning between Troodos and Stavros tis Psokas and 2 hours in the afternoon between Stavros tis Psokas and Paphos. Total wildlife watching opportunity hours: 20 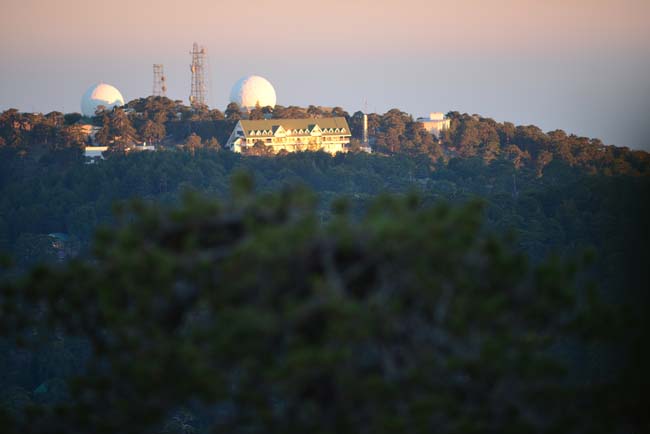 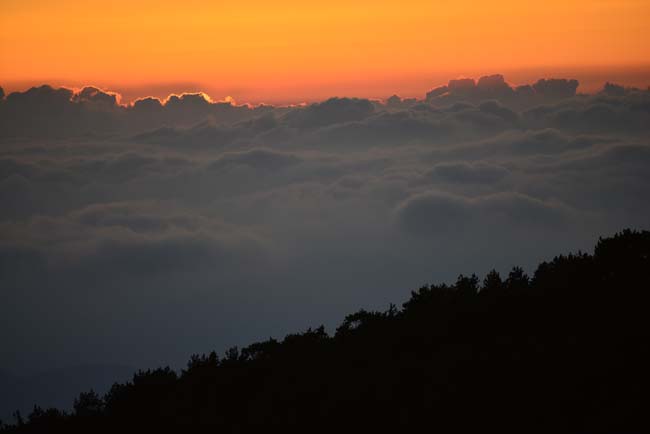 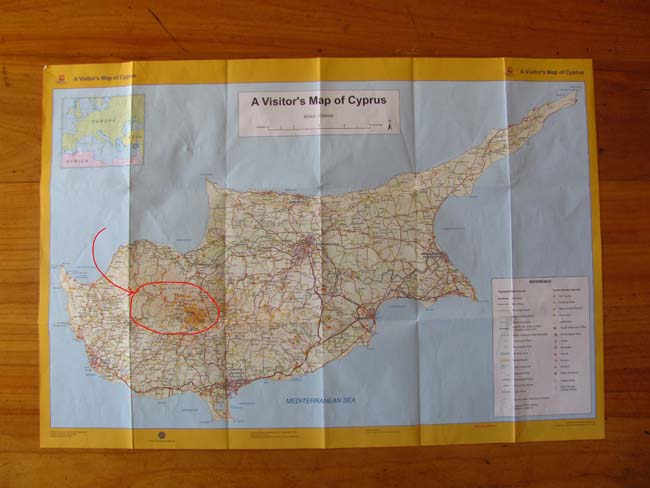 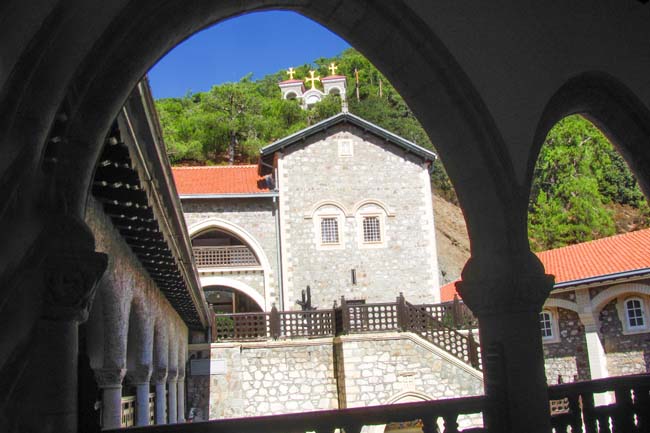 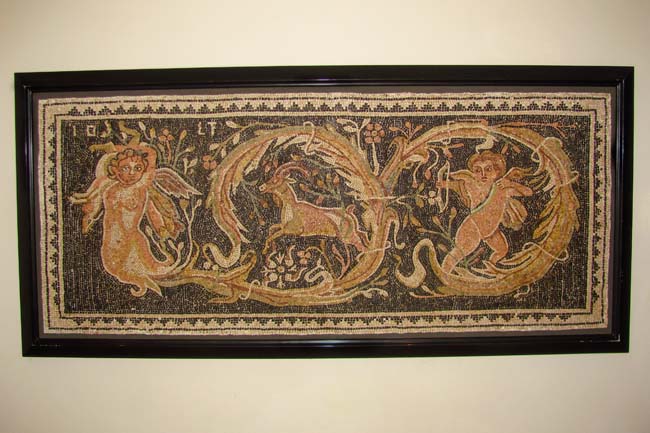 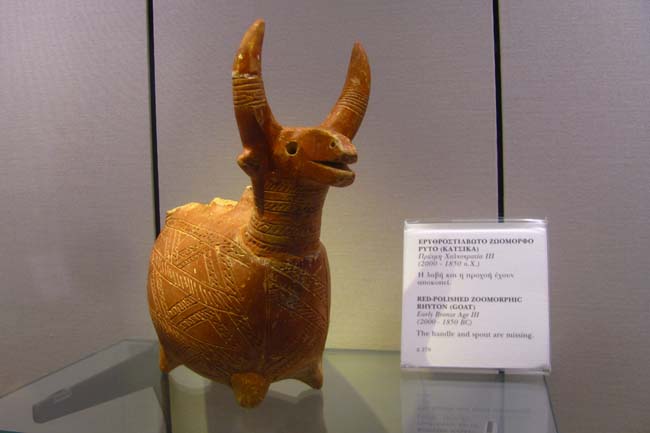 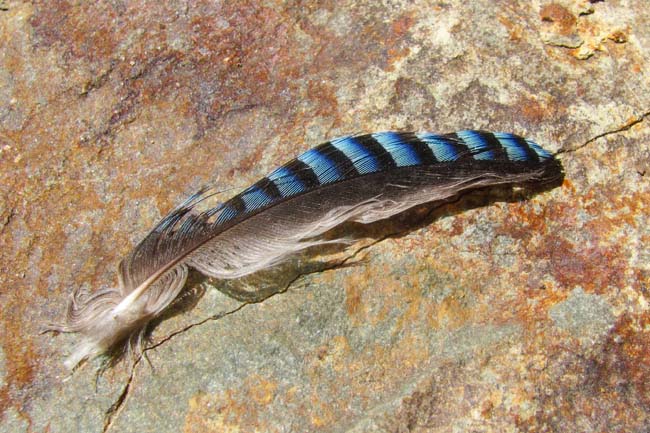 Feather of a Cyprus Jay