The snow sheep is an endemit of Russia. It is most closely related to the North American Bighorn Sheep and Dall’s Sheep, with which they are being pooled to form the Thinhorn Sheep.

O. n. lydekkeri Kowarzik, 1913 (northeastern Siberia, from Lena River in the west to Stanovoy Ridge in the east, and Verkhoyansky Ridge in the south)

In 2018 Dotsev et al. proposed to classify the Kharaulakh Snow Sheep as a separate subspecies. [7]

The Snow Sheep occurs solely in Siberia, Russia. It occurs in the boreal and to a small extent also in the polar regions from central and southeastern Siberia to the Far East of Russia, namely Kamchatka and Chukotka. The entire Snow Sheep distribution area covers at least 500.000 km². The Putorana Snow Sheep is the westernmost species and restricted to the Putorana Mountains south of the Taimyr Peninsula. From there the next Snow Sheep population starts more than 1.000 km further east. The distribution ranges of the Putorana, Koryak and Kamchatka Snow Sheep types are in principle clear and undisputed. The subdivision of the Yakut snow sheep range remains unclear. [1] 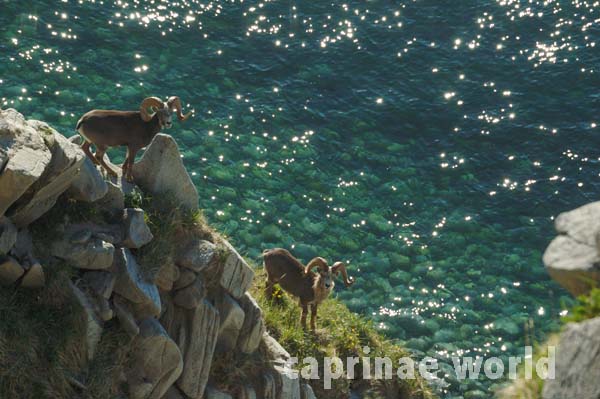 Two magnificent Yakut Snow Sheep (O. n. lydekkeri) rams at the coast of the Okhotsk Sea, 250 km east of Magadan. Note the „neck ruff“ of the animal to the right. It is actually not a „real“ ruff like the Tibetan Argali shows, but leftover winter hair. Photo: Alexandre Andreev

Snow Sheep are closely related to North American sheep (Dall- and Stone Sheep, Rocky Mountain- and Desert Bighorn Sheep.) Therefore they are all put into one genetic group, the Thinhorn sheep (Pachyceriforms).

There are two principal hypotheses suggesting a possible origin of the Thinhorns. Both hypotheses are based on the fact that during iceage enough of the earth’s water became frozen to cause a drop in sea level and subsequently Beringia (the land between Eastern Siberia and Alaska) became a continuous landmass.

head: short and wide – compared to Dall and Bighorn Sheep [1] 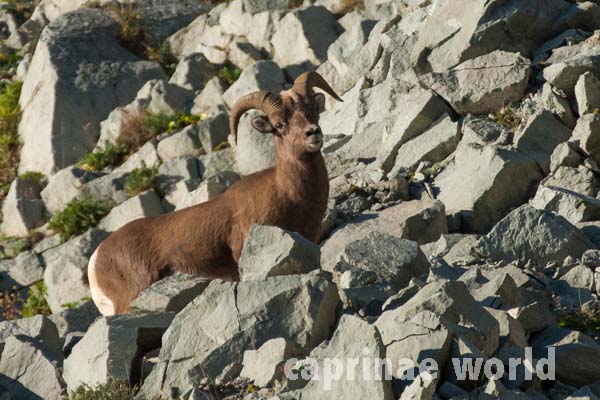 The pelage color of Snow Sheep seems to be subject to a seasonal shift: Usually coats are darkest immediately after summer. In the course of the severe and long winter months the hair color becomes progressively lighter. Towards spring, after molt, the short-haired coats show a whitish-gray. Otherwise the pelage color appears to be also conditioned by the age of the animal and by habitat. [1]

white on head: forehead, space between horns, occiput (back of head) [3], muzzle

nose bridge: a transverse band across the nose can be either dark [3] or whitish [1]

rump patch: clearly defined below the base of tail [3] – in winter and summer.

The only convincing detailed description – with distinguishing between winter and summer coat – has been made for the Kamchatka Snow Sheep and is reproduced here further down. 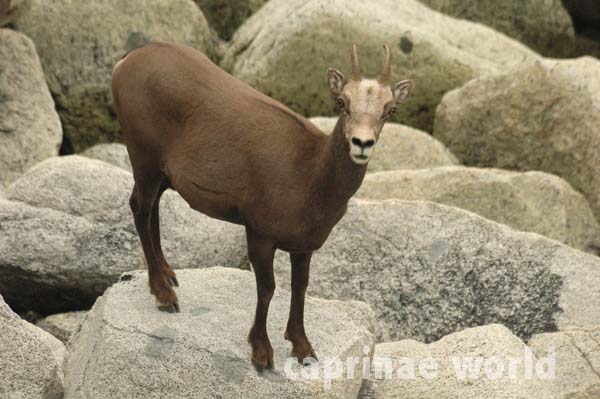 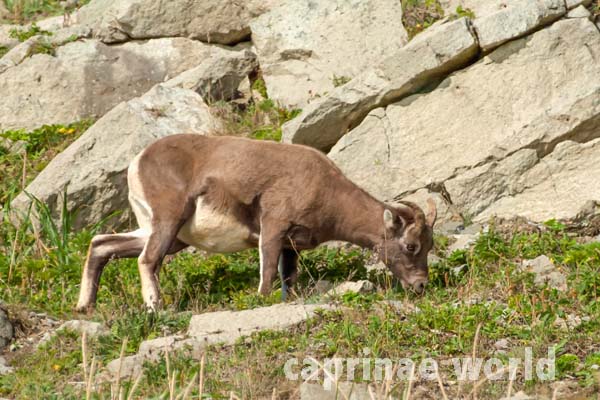 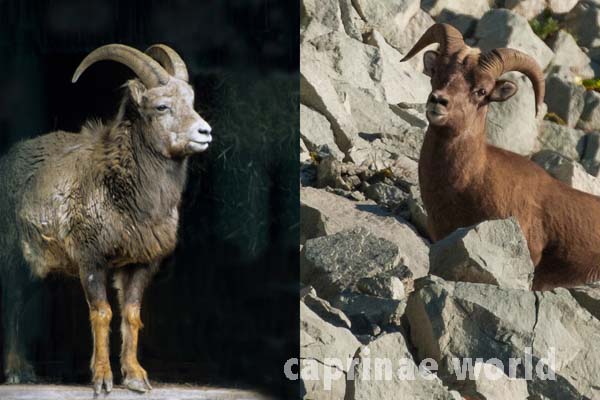 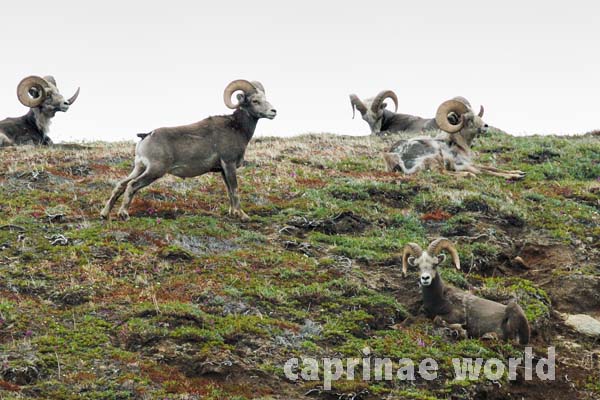 Horns are homonymous, smooth and keeled prominently on the outer edges. The cross section is roundish, as compared to the triangular form found in argali. Horn color varies from light amber to dark brown. Snow sheep horns are on average shorter and of smaller circumference at the bases than those of comparable North American forms. Horn lengths in excess of 101,6 cm are rare. The longest horn recorded (from Kamchatka) measured 111,8 cm. The median base circumference over all snow sheep races is 34,4 cm. The Kamchatka race has, on average, the largest base circumference. For comparison: The largest recorded horn dimensions of Dall’s and Stone’s Sheep reach 124 cm and 130 cm respectively; circumferences in excess of 38 cm have been frequently recorded. [1]

The Snow Sheep is related to Dall Sheep (O. dalli) and Bighorn Sheep (O. canadensis) from North America, but they form a strongly distinct species. To take just two differences: The scull of Snow Sheep is significantly wider in the orbits, compared to the two North American species. And unlike the North American species the white rump-patch in Snow Sheep does not extend onto the back above the base of the tail. In contrast to Argalis, Snow Sheep have short limbs [4], which is said to be an adaption to precipitous rather than rolling or plateau habitats. 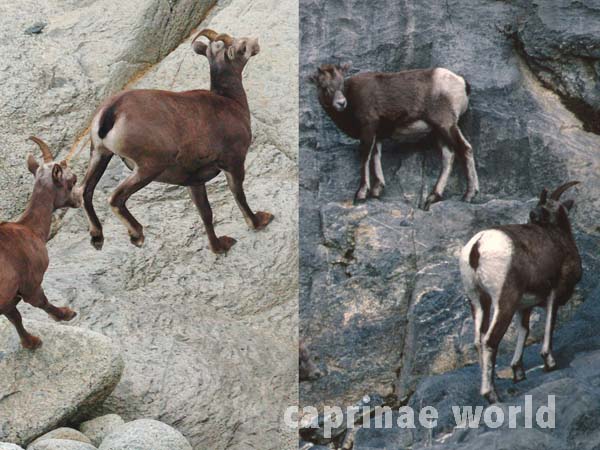 Backside of Snow Sheep (left) and Rocky Mountains Bighorn Sheep (O. canadensis). Note: The white rump patch in Snow Sheep does not extend onto the back above the base of the tail as in the Bighorns. Photo on the left taken at the Okhotsk coast, 250 km east of Magadan by Alexandre Andreev; photo on the right taken at Jasper National Park, Canada

Snow Sheep are found in or near steep terrain. They occur at elevations from sea level to over 1800 m in different habitats ranging from marine coastal escarpments (just up to 300 m above sea level), precipitous terrain in river valleys, tundra, boreal forests (with scattered larch trees (Larix spp.) and tall shrubs) and within rather low mountain ranges. Winter temperatures within the distribution range can be as low as -60°C. (1, 3) 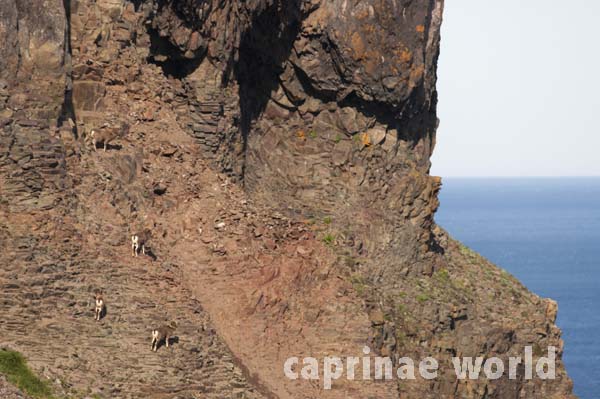 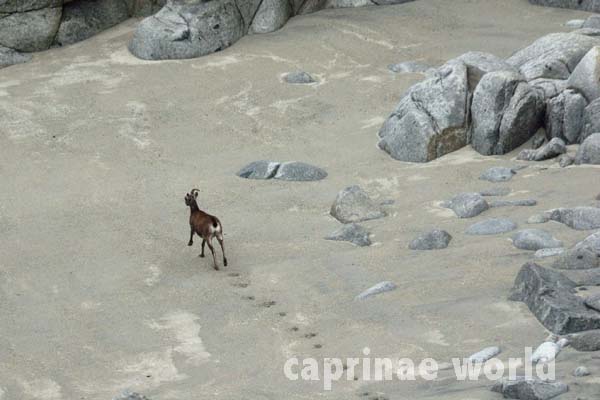 Snow Sheep on the beach. Photo taken at the Okhotsk coast, 250 km east of Magadan by Alexandre Andreev

Heavy snows and icy conditions can result in heavy mortalities during winter because Snow Sheep are then unable to obtain forage. (1, 3) This affects the survival rates of all age classes, but especially lambs and yearlings. The conditions are less severe for snow sheep with access to feeding grounds in boreal forest belts, like the Putorana Plateau or the Stanovoy Mountains on the southeastern fringes of the lydekkeri distribution range. [1]

The major predator of Snow Sheep is the Gray Wolf (Canis lupus). In the Putoran Mountains, 62 percent of wolf scats in summer and 4,8 percent in winter had Snow Sheep remains. Lamb mortality during the first year of life is 30-50 percent. Predators, that are not significant, are: Wolverine (Gulo gulo), Brown Bear (Ursus arctos), Eurasian Lynx (Lynx lynx), and large raptors. [3]

The principal food of Snow Sheep is gras, with an increase in browse, including willow shoots, in winter. They also feed on mosses, lichens, and fungi. They dig with their hooves in snow to search for forage. [3] Climatic conditions in Northeast Siberia may lead to extreme forage scarcity due to ice crusting on snow or ground. [1]

mating: November-December [3] – under extremely severe weather conditions, when daylight lasts only 4-5 hours and temperatures drop as low as -55°C. [1]

Detailed studies of movements and home ranges have not been conducted. In Yakutia, seasonal movements of 50-120 km may occur. In some cases, movements are undertaken to locate areas with less snow cover. There are three kinds of herds: those composed of females with newborns and yearlings; those of young males; and groups of adult males. Occasionally single older males are seen. A study in Kamchatka recorded the following herd composition: 12 percent were single animals, 39 percent were 2-3 animals, 26 percent were 4-6 animals, 18 percent 7-10 animals, and 5 percent were 11-22 animals. [3] 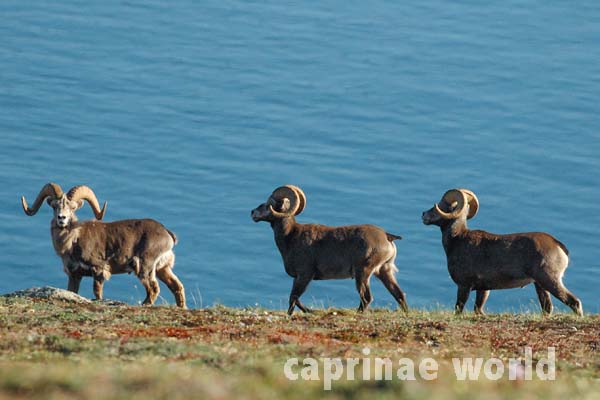 Adult Snow Sheep males tend to segregate from other animals outside of the breeding season. Photo taken at the Okhotsk coast, 250 km east of Magadan by Alexandre Andreev

Classified as Least Concern on the IUCN Red List. [2] As of the mid 1980s, the total Snow Sheep population over the entire distribution area throughout Siberia was estimated at between 87.000 and 96.000. As of 2014 the total number was extrapolated at 59.770-67.600. [1] (For more detailed figures check the „subspecies“ entry further down.)

In the 1970s, about 5.000 Snow Sheep (per year?) were shot for food and pelts. Illegal hunting mortality is currently not usally significant. [3] The numbers of the Putorana Snow Sheep have been reported to be increasing. In contrast, total numbers and population densities for Yakut- and Kamchatka Snow Sheep appear to have dropped. In general Snow Sheep population densities decrease in the peripheral parts of the distribution ranges. Densities also seem to be much lower in up- and lowland topography compared to mountain landscapes. [1]

There is a need to establish a Snow Sheep monitoring program and to expand the number of protected areas. In areas where Snow Sheep have been extirpated, efforts should be made to reestablish populations. [3]

For the Putorana Snow Sheep hunting is only allowed by special permit. Hunting of other subspecies is possible, but there are objections concerning monitoring and (missing) management plans. On the other side sustainable trophy hunting is seen as a means to loosen the pressure of subsistence hunting on Snow Sheep. [1] 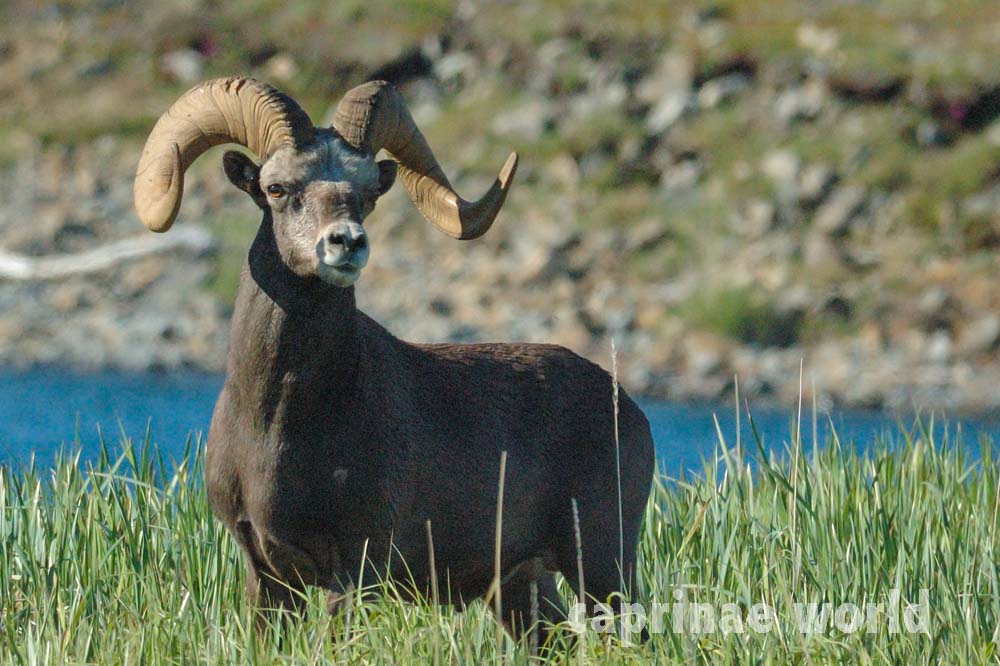