The Burmese Goral is maybe the most inconspicious species of the gorals. It appears smallest in size, with a less contrasting pelage.

The Burmese Goral was previously classified as a subspecies of N. griseus. (3) However, the two vary significantly.

The Burmese Goral differs from the Chinese Goral by: (4)

– its much smaller size

– less contrasting colour of the tail and the face

shoulder height: 50-70 cm (3) – these measures compared to the length seem doubtful, but no other dimensions are available. 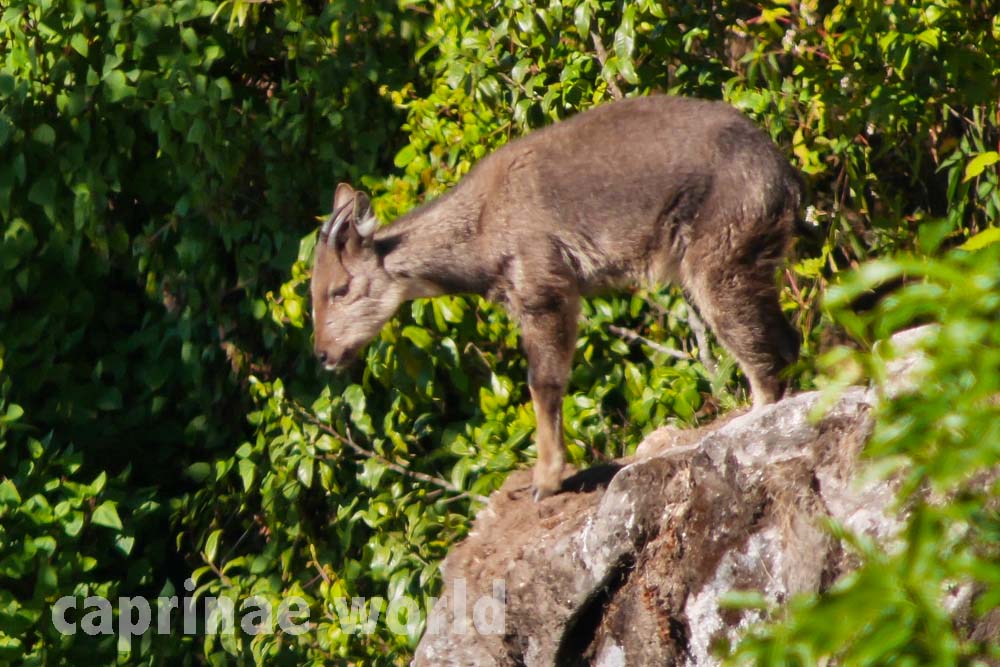 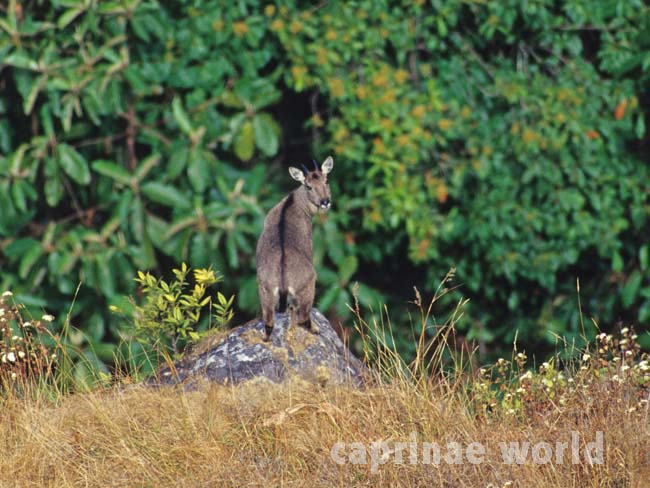 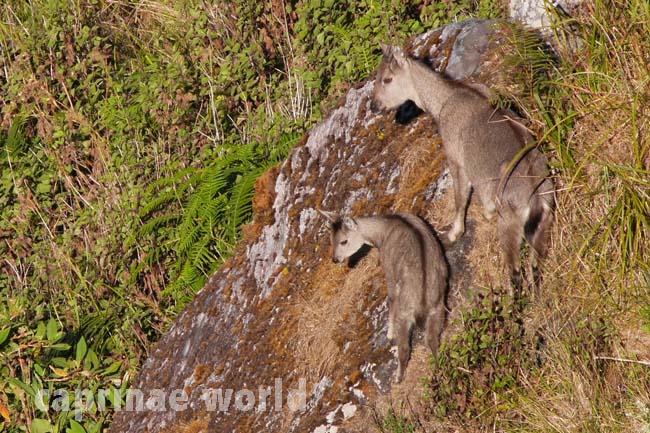 nuchal and dorsal stripe: not as prominent as in adults or may be lacking altogether

In both sexes the horns of Burmese Goral are strikingly short – around 15 cm in males, only up to 10 cm in females. In both sexes the horns are also noticeably slender. They are clearly backward-curved in males, and visibly straighter in females. Males’ horns are evenly shallow-ribbed, the number of notches no greater than 5, whereas the females’ are almost smooth. (6)

The Burmese Goral occurs in rocky, steep terrain with tall vegetation cover, often on slopes over 60°. In one area they were found at elevations of 1600-1970 m. (3) 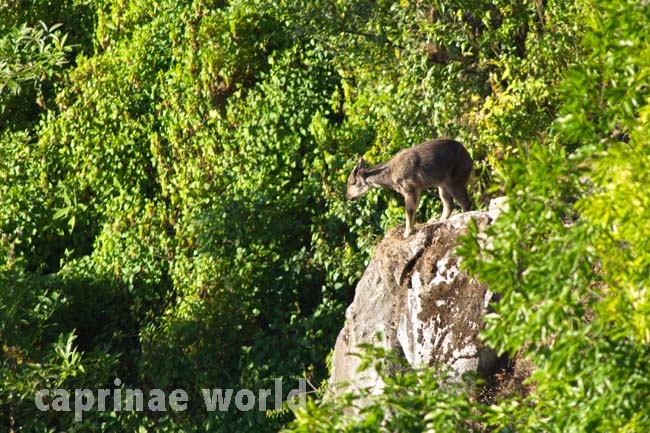 Probably primarily a diet of grasses. (3)

Young per birth: twins are rare (3)

The Burmese Goral is likely crepuscular as in other gorals. (3)

Male Burmese Goral are solitary and likely territorial like other gorals. (3) There is a single local density estimate of ca. 5 goral/km² in Om-Koi Wildlife Sanctuary, Thailand (Lovari and Apollonio, 1993). (2)

According to IUCN the Burmese Goral is classified as vulnerable (under N. griseus). (2) Poaching, deforestation, and agricultural development are major causes of declines and fragmentation of Burmese Goral populations. Status of most populations is unclear because of lack of monitoring. Lack of enforcement of game and forest extraction laws is a major concern. (3)

No entries found. Most probably there is no opportunity for foreigners to hunt Burmese Goral.

According to Bruce Kekule – brucekekule.com – Doi Inthanon National Park, Thailand, is a „great place for these amazing animals“, some 80 kilometers south of Chiang Mai. (7)