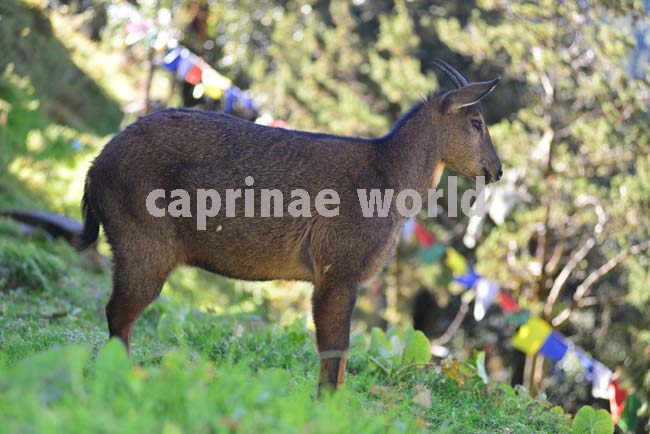 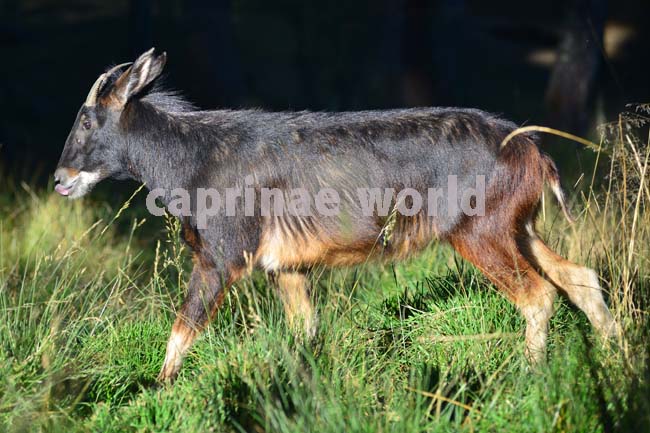 Gorals are in general smaller. Compared to „mainland serows“ they have more compact bodies, with a small head sitting on a short neck. The legs appear shorter too. (1) The island forms of the serow – Japanese Serow and Taiwan Serow – are more goral-like at first glance. The face of the goral can be curved, unlike the flat face of the (mainland) serow. (1, 3) Unlike serows, gorals have no (externally visible) preorbital glands. (1) The glands are „very small“. (3) 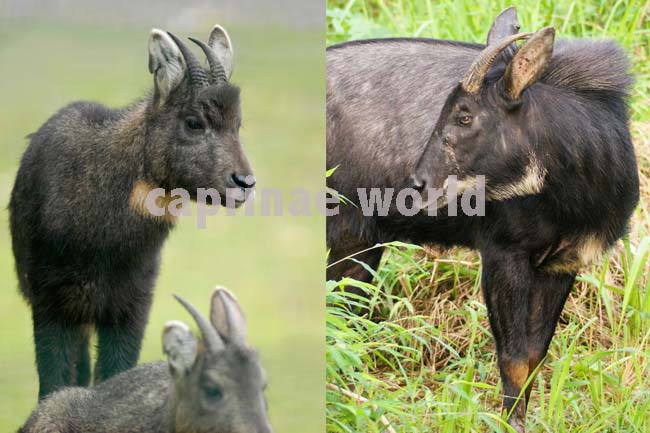 Chinese Goral (Nemorhaedus griseus) and Chinese Serow (Capricornis milneedwardsi) The face of gorals is generally curved, unlike the flat face of the serow. Photo of serow taken at Cuc Phuong, Vietnam by Wolfgang Dreier 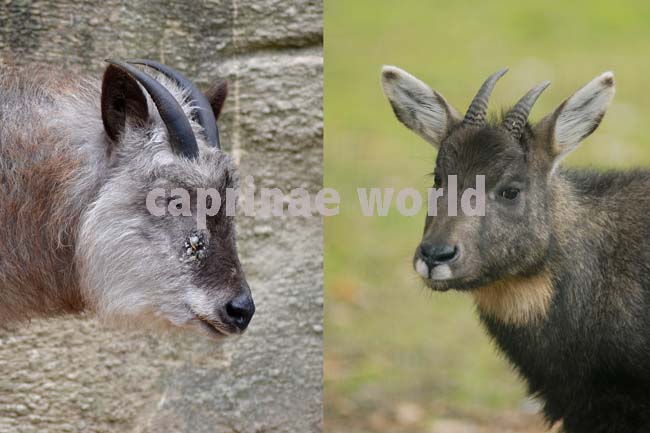 Preorbital glands are typical for serows (left). Note the gland substance below the eye of the serow. In gorals they are not visible externally.

Unlike in serow, there is no beard in gorals. (1) In general gorals also lack a mane.

Many differences refer to the anatomy of the scull, which is more apomorphic in gorals (3), i. e. gorals are more advanced compared to serows. In fact, serows are the most generalized representatives of the Caprinae family and it has been hypothesized that all members of the Caprinae family evolved from a serow like ancestor. (1) 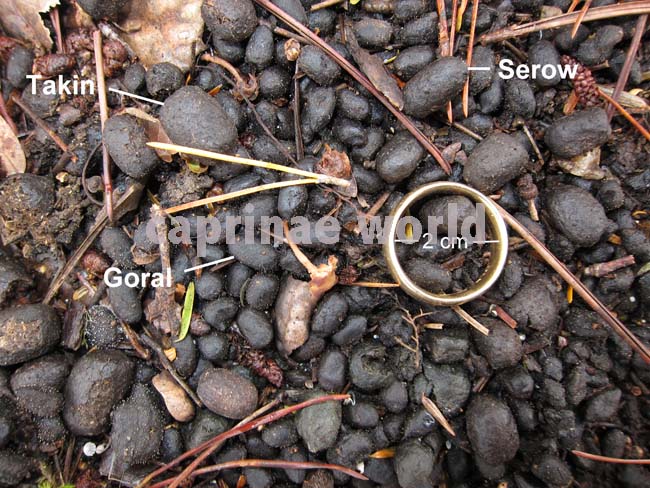 There seems to be a tendency for spatial separation between goral and serow (altitudinal) in terms of forest type specific distribution. Findings from both photo captures and occupancy based models conducted in Sikkim indicate this,  although the distinction was not very prominent. (2) Another study finds: Where the goral’s territories coincide with those of the closely related serow, the gorals will usually be found on rockier, more barren slopes. (1) 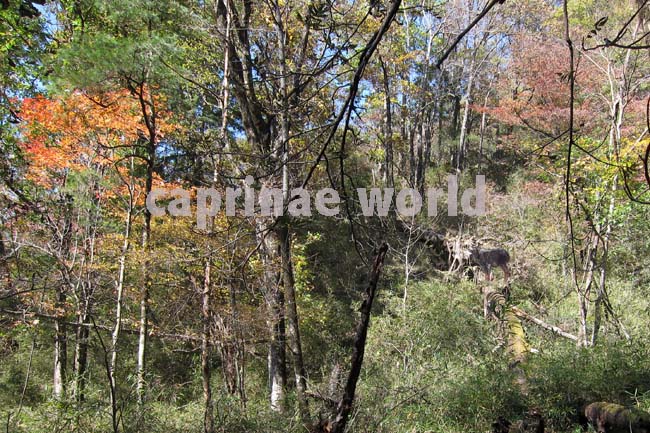 Serow habitat in Foping Nature Reserve, China with a mix of conifers, broadleaf deciduous trees and bamboo in the undergrowth. 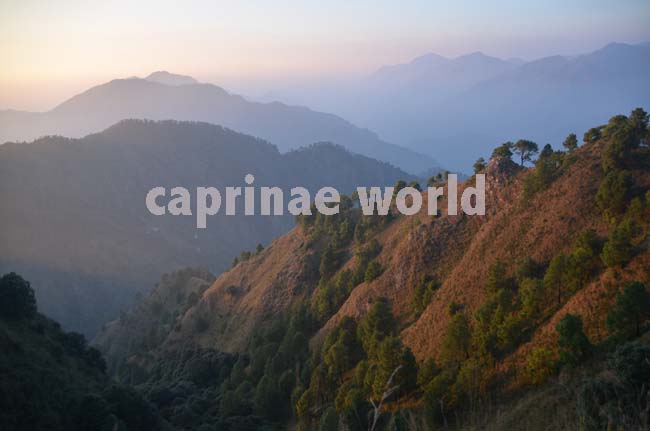