The Portuguese ibex (Capra pyrenaica lusitanica) is an extinct subspecies of the Iberian Ibex. It was still numerous until 1800.

The Portuguese Ibex was related to the Pyrenean Ibex and occurred in Northern Portugal and throughout the Spanish provinces of Galicia, Asturias and Cantabria. Until 1800 this subspecies was still numerous. [6]

Iberian Ibexes, which occur today in Peneda-Gerês National Park, Portugal, belong to the subspecies Capra pyrenaica victoriae (Day 1981). [2, 6] They have been introduced from Gredos. Apparently a founder stock was strenghened with animals which escaped from the fenced re-introduction site in Serra do Xurés in Galicia. [2] Since 1998 they have been seen in a developing population (Moco et al. 2006). [6]

As early as 1870 the form was very rare, and the last herd, consisting only of a few animals, was observed around 1886. In September 1889 a female was caught, however it died three days later. Two more animals were recovered dead in an avalanche. The last Portuguese Ibex died in its Spanish range in 1890 and 1892 in Portugal. The last sighting of a female was made in the vicinity of Lomba de Pau in Serra do Gerês (Maas 2011a). [6]

The main reasons for the disappearance of the Pyrenean and Portuguese Ibex – and the falling numbers of the two other subspecies – was undoubtedly indiscriminate hunting in the 18th and 19th centuries, and the expansion of livestock grazing and agriculture into remote mountain areas. [2] Portuguese Ibex were hunted for their meat, hides, trophies and particularly the bezoar stones, which were sought after in general medicine (Maas 2011a). [6]

Sanchez-Hernandez describes the Portuguese Ibex in „Tras las monteses de Sierra Madrona (2010) and shows a photograph of a fine full-mounted male specimen from the museum in Coimbra, Portugal. [2]

Only a few measurements are available.

Various authors agree that there is a north-south cline in Iberian Ibex concerning body size, with heavier specimens in the north [2, 3]. Engländer (1986) provides figures of Iberian Ibex subspecies to show that there is a progressive reduction in size from north to south [3] – see table 1 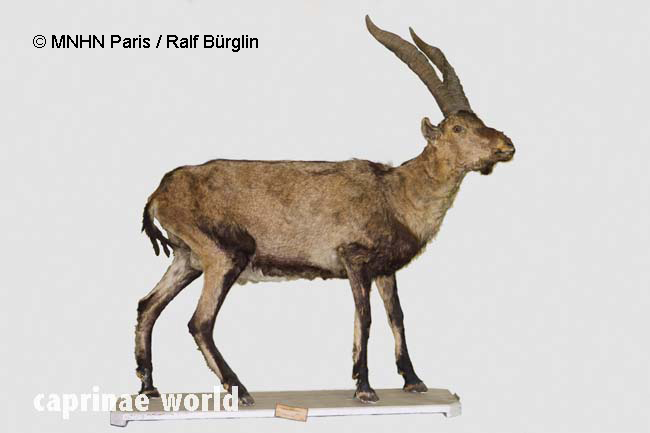 Matschei (2012) quotes Cabrera (1914) in writing that the pelage of male Portuguese Ibex (C. p. lusitanica) is rather brown with fewer black patterns compared to other subspecies. It resembles the Hispanic Ibex (C. p. hispanica). [6, 2] 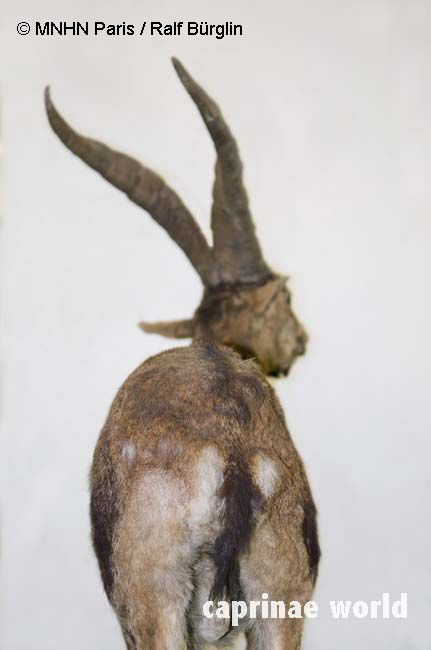 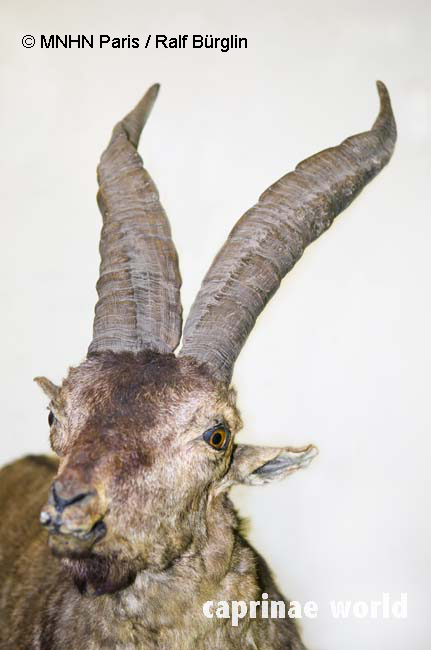 For Matschei (2012) the Portuguese Ibex differs most conspicuously in horn length and form. He also finds the horns are relatively short and less laterally curved. [6] 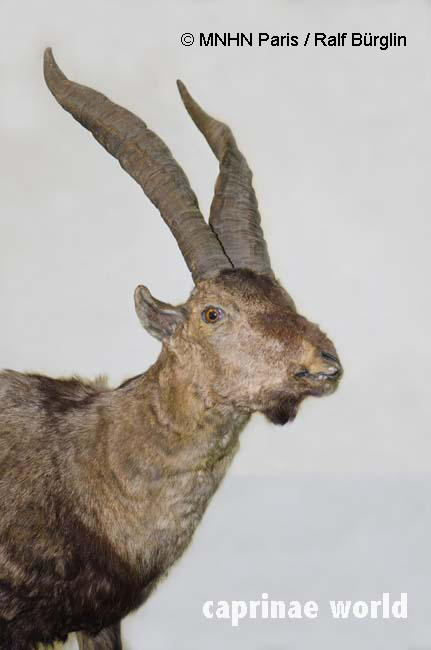