The Kamchatka Sheep is probably the most renowned Snow Sheep, but maybe also the most threatened one.

The Kamchatka Snow Sheep is endemic to the Kamchatka Peninsula; seperated from the Koryak Snow Sheep range and the mainland of Siberia by a valley system that acts as a natural barrier: the Parapolsky Valley, the valley of the Rekinniki River in the West, and the Anapka River in the East. [1] 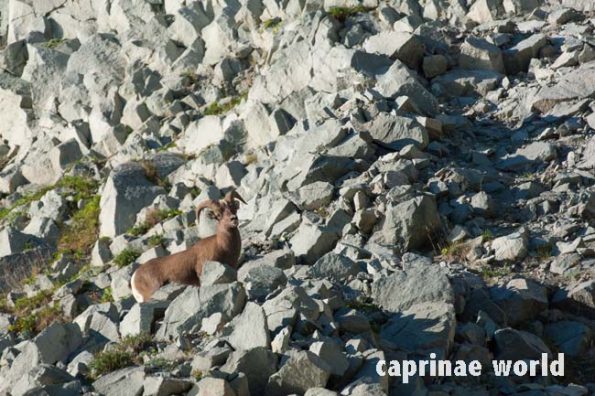 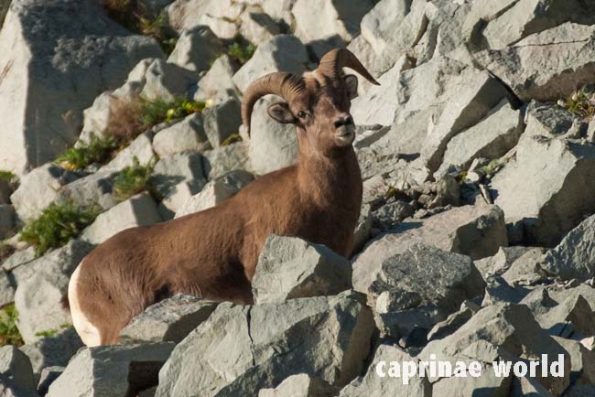 summer coat: Zheleznov (1997) describes a 7-year-old Kamchatka Snow Sheep ram taken in August as having a uniformly colored coat, predominantly dark brown on the shoulders, back and neck, with no line on the back. The belly is dark brown (whereas one of the females depicted here has a very conspicious white belly). Limbs: The frontal parts of the forelegs and hindlegs are also dark brown, whereas the posterior sides are white. Rump patch is white too. The head is dark brown with steel gray tints. Between the horns closer to the back of the neck there is a white patch. The bridge of the nose is dark brown. [1] 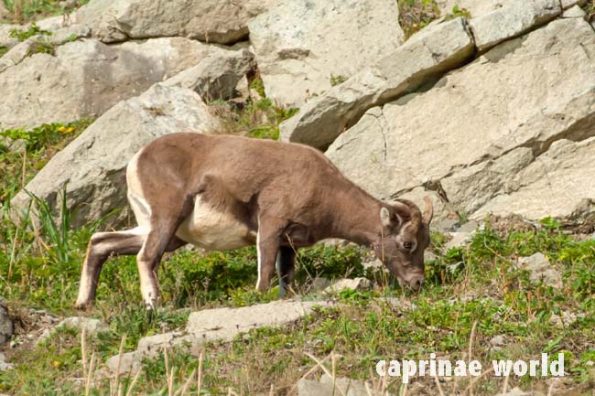 winter coat: The original account of Eschscholtz (1829) of an old ram in winter pelage, describes the hair as yellowish-gray on back, lighter on belly, almost straw yellow on neck and head. Demidoff describes the winter pelage color as uniform with heavy and shaggy hair with the back and flanks varying from light yellowish-cinnamon to cinnamon-brown. Legs are rufous in front, yellowish-gray behind; hind part of thigh and rump patch are yellowish-white. A small mane of leongated slightly darker hair is present along the midline of the neck. The head is grayish-brown and the tip of the muzzle and chin is dirty white. A dark cinnamon colored band extends across the face between eyes and nose. [1] 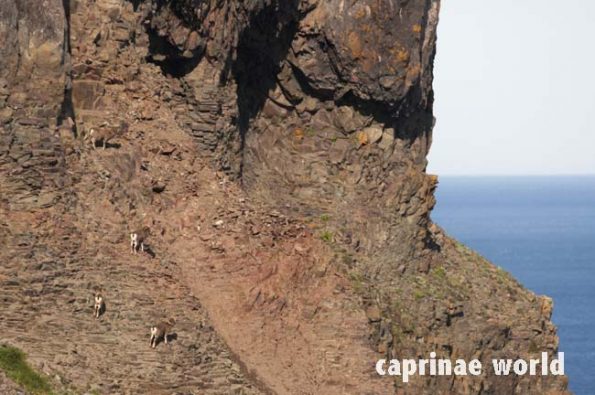 Ecotourism in Kamtchatka is very popular. But of ten companies examined (2017/02), that offer tours or write about it, only two mention Snow Sheep as a possible sight. Most of these firms offer tours to see Brown Bear, salmon or Steller’s Sea Eagle.

Kamchatka Snow Sheep trophy hunting is also very popular. Jumping-off point is Petropavlosk. Hunters are usually either transported directly to hunting camps by helicopter or from outlying locations. Hunting is on foot or by horseback. The season runs from August 1 to September 30. Hunters are warned of possible excessive legal trophy hunting quotas or inadequate distribution of these quotas over hunting concessions. [1]